Teen Abortions On The Increase in U.K. The "Promiscuity Platoon" Respond As Usual. 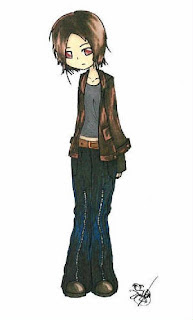 New findings were issued yesterday in Great Britain showing that the abortion rate is continuing to rise with the biggest increase among teenagers. Indeed, the figures showed an all-time annual high of 193,700. Britain also has the highest rate of sexual infections in Europe. This news comes only days after a government report warned that British teens are in the midst of a sexual health crisis, one fueled by a celebrity culture which condones alcohol abuse, drug addiction and promiscuity.

But the professionals in the "promiscuity platoon" have a different perspective.

The chief executive of the British Pregnancy Advisory Service (an Orwellian-named agency which, in fact, has nothing to do with pregnancy but rather provides contraception and abortion services) reacted to the new findings in the usual way; namely by demanding yet more money and energy be spent on the programs that have proven to be such disastrous failures. Ditto the Independent Advisory Group which blamed restrictions on the advertising of contraceptives on television as well as the lack of compulsory sex education in schools. And Caroline Flint, the health minister, even took a perverse joy in one aspect of the data, "We welcome the fact that a higher percentage of abortions are taking place at an early stage - almost two-thirds under 10 weeks gestation and most under 13 weeks."

In other words, let the sexual revolution continue. Fully funded and backed by meticulous and constant disinformation, let the revolution rage until every vestige of archaic religious teaching about the proper expression of sexual relations is defeated. And then, finally free of guilt and free of posterity, we can lead our diseased, lonely, soulless lives on our own terms...well, at least until the God we demanded not exist proves that He does.
Posted by DH at 9:55 AM