The Centers for Disease Control Want More Tax Money for This Stuff? 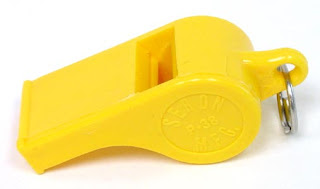 Senator Tom Coburn, the ranking member of the Minority Office of the Federal Financial Management Subcommittee, has a report he'd love to see publicized, a 115-page oversight report that details how the Centers for Disease Control has flipped out...with your money!

The report, “CDC Off Center," also makes recommendations about how it might get back on track.

Of course, most Americans would decry the $10 billion budget already given this year to this bloated, dramatically ineffective government agency, let alone approve another billion its Director Julie Gerberding is demanding Congress fork over. But what would the reaction be if those citizens knew the CDC's waste included such things as: 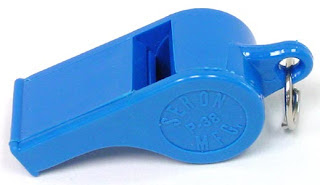 * $5.1 million on “audio visual integration” in the new Thomas R. Harkin communications and visitor center, including a giant 70-foot-wide by 25-foot-tall video wall of plasma screen TVs showcasing agency vignettes;
* A new Hawaii office opening soon, announcement made by Senator from Hawaii who oversees agency’s funding;
* $128,000 in CDC bioterrorism funds spent by L.A. County on trinkets such as letter openers, whistles, magnets, mouse pads, flashlights, pens, and travel toothbrushes;
and, of course,
* $5 billion spent over seven years on HIV/AIDS prevention funding, and yet the U.S. still sees 40,000 new cases each year, with no decrease in infection rates for over a decade. 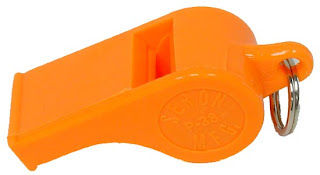 Here's a quick review of "CDC Off Center" and here is a link to the whole report itself. I'd suggest you follow up your reading with a few letters or calls to your Congressmen, Senators and the President. Perhaps even drop a few of these spending items in a letter to your local newspaper. We too can emulate Tom Coburn and blow some whistles!
Posted by DH at 10:29 AM