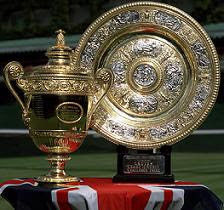 ...We have it on the authority of Hillary Clinton that women playing at the Wimbledon tournament will finally receive their due this year: “Wimbledon agreed to pay their women tennis champions the same amount of prize money as their male champions. It only took 123 years for them to do the right thing,” Mrs. Clinton recently exulted.

Hillary has long been an outspoken advocate of equal pay for equal work. So does this news from the All England Lawn Tennis and Croquet Club represent a breakthrough for the cause of female equality?

This year the winner of the men’s and women’s singles competitions will each cart home close to $1.4 million in prize money. But one thing hasn’t changed – the number of sets needed to win. Men will play best of five sets, while women only play best of three.

For years the Women’s Tennis Association has been trying to bring women’s earnings on a par with men’s. But in all that time they never proposed to increase the women’s matches to five sets. That offer would have settled the dispute years ago, and would have saved Maria Sharapova the need to threaten a bra-burning.

The truth is, women’s tennis is beset by a volley of woes that include lack of star power, overcrowded schedules, non-stop injuries, faltering ticket sales, and limp TV advertising...

The rest of this informative, well-argued piece by Carey Roberts is here.
Posted by DH at 10:34 AM