The Ongoing Battle Over Congressional Pork 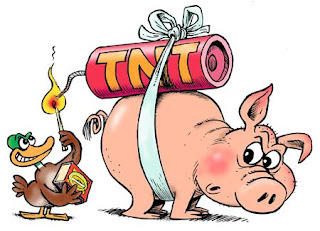 The Senate's Democratic leaders have a political problem with earmarks. Ever since the infamous "Bridge to Nowhere" in Alaska captured the public's imagination last year, they have been on record against legislators stealthily slipping in their favorite spending projects. But most senators, from both parties, really want to keep earmarks. An ingenious effort to reconcile those conflicting political desires created a remarkable tableau in the U.S. Senate Tuesday.

Republican Sen. Jim DeMint of South Carolina rose on the Senate floor to request unanimous consent for immediate enactment of a rule requiring full disclosure of earmarks. But the Democratic leadership was forewarned. Just before DeMint took the floor, the Appropriations Committee -- led by Sen. Robert Byrd, the Senate's king of pork -- issued its own flawed anti-earmark regulation. Then, Majority Whip Dick Durbin objected to passage of the DeMint rule on grounds that ethics should not be considered on a piecemeal basis.

This Democratic scenario got rave reviews from most Republicans. Senators like to be on record against earmarks while still enjoying them. The problem is that DeMint and his fellow Republican first-termer, Sen. Tom Coburn of Oklahoma, just won't let the issue rest. Amid thundering silence from the GOP leadership after Durbin's objection, Coburn declared on the Senate floor: "I would remind my colleagues that we don't have a higher favorable rating than the president at this time . . . and the reason we don't is the very reason we just saw..."