Cable Choice Is Good for Everybody 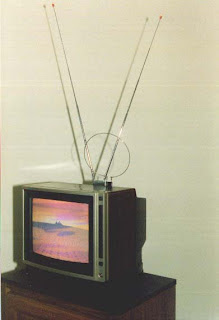 Paul Weyrich writes...Basic cable service has become almost mandatory. The older citizen with the TV on a stand and an aerial on top is a vanishing species inasmuch as there is no reception anymore without cable...

Boy, do I feel old (and old-fashioned) now!

But despite the facts that 1) I do have my television on a stand with a largely ineffective "rabbit ears" aerial on top and; 2) I do not subscribe to either a cable or satellite television delivery system -- I still am an enthusiastic supporter of "cable choice."

And so is Paul Weyrich as this fine column explains.
Posted by DH at 12:51 PM