More Democrats in Trouble Over Abortion 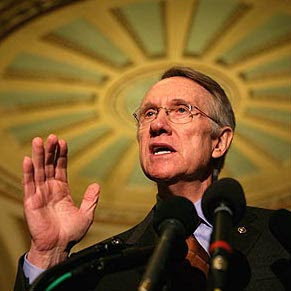 Why don't these guys avoid these problems entirely by getting off the abortion addiction and instead going with what's clean, humane, moral...and popular with most Americans; namely, the two-fold support of the lives of preborn babies and compassionate assistance for their moms?

Anyway, from the Evans-Novak Political Report comes the section I print below, detailing how the problems presented by the Democrat's enthusiasm for abortion just gets worse:

The Supreme Court's ruling last week to uphold the Partial-Birth Abortion Ban Act (passed by Congress in 2003) has put some congressional Democrats in a tough spot. Those who originally opposed the bill and last week were denouncing the decision came off as extremists, but they can at least take refuge in their consistency. It is the Democrats who supported the bill, but counted on its being struck down by the Supreme Court, who are stuck. They now fear being held accountable by their party's pro-abortion donor base.

Senate Majority Leader Reid told a press conference: "I would only say that this isn't the only decision that a lot of us wish that [Justice Samuel] Alito weren't there and [former Justice Sandra Day] O'Connor were there." These cryptic words certainly sent the message that Reid was repudiating his own Senate vote for the popular bill in 2003. However, Reid says he supports the decision, which upholds a ban on delivering a fetus and then crushing its skull.

The leading Democratic presidential candidates -- Sen. Hillary Clinton, who voted against the ban in 2003, Sen. Barack Obama and former North Carolina Sen. John Edwards -- lashed out against last Wednesday's ruling. But 17 Democratic senators voted for the Partial-Birth Abortion Ban Act (as it passed, 64 to 34). Their ranks included Sen. Patrick Leahy (D-Vt.), the current Judiciary Committee chairman, and Sen. Joseph Biden (D-Del.), a chairman of the Foreign Relations committee -- both strongly pro-choice on abortion most of the time. Neither wants to discuss the decision now -- not even the famously verbose Biden, who is running for President.

Reid, who has a mostly pro-choice voting record, tried to resolve his quandary by noting that the Supreme Court's 5-to-4 lineup on partial-birth abortion flipped when Alito replaced O'Connor last year with Reid opposing his confirmation. But Reid has never spoken out against any other Alito opinion, not even the ones he now lists as points of real contention with the justice.

Sen. Thomas Carper (D-Del.), Biden's normally silent colleague who tries to take a middle ground position on abortion, had also voted for the ban, but was willing to speak very bluntly: "I think a number of people who voted for it thought that the court would ultimately strike it down." This highlights Democrats' problem with taking votes that even modestly curb the regime of abortion on demand at all times and by any means. Suddenly, the Supreme Court is no longer capable of bailing them out for the few votes they take against abortion.
Posted by DH at 8:15 AM