Is It Poland vs Europe in the Battle for Faith and Family?

Late last week the European Union's Parliament passed a resolution (325 to 124 with 150 abstentions) which condemned Poland for “homophobia,” this in the wake of legislation proposed by Polish Education Minister Roman Giertych to prevent teachers from indoctrinating children on the homosexual lifestyle. During the debate on the resolution, members of the European Parliament described Poland’s defense of the traditional family as “repulsive” and “hateful.”

But what the vote represents is the unfettered promotion of activities that are unnatural, immoral and unhealthy in the extreme. And worse yet, the EU, like so many other liberal institutions, doesn't mind utilizing coercive tactics to get their way. 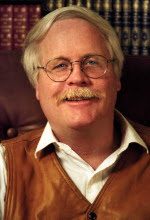 Carlson continued: “The normalization of homosexuality is a value of Europe ’s elite. The ‘values’ of a majority of the European Parliament are one reason Europe has the lowest birthrates in the world. If it had a self-preservation instinct, the EP would be promoting the natural family, instead of castigating Poland for its defense of family values. What remarkable arrogance. These Parliamentarians want to force the Poles to allow the sexual indoctrination of Polish children. They want to force Catholic Poland to embrace the worldview of the Amsterdam red light district.”

“Given what passes for education on the subject in the United States – one-sided pleading for a particular point of view, with dissent brutally suppressed – the Poles are wise to consider this legislation.”

It is no accident that the World Congress of Families is holding its fourth Congress among the brave people of Poland, who have maintained their traditions of faith, family and freedom in the face of incredible adversity. “In the 20th century, the Poles fought and beat the Nazis and communists,” Carlson observed. “I doubt they’ll have much difficulty standing up to the new totalitarians within the European Union.”
Posted by DH at 10:13 AM