How Does Your Senator Stack Up? 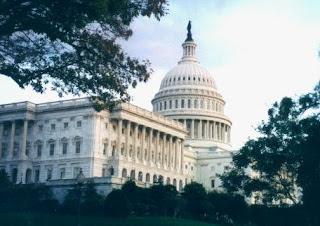 The American Conservative Union has released its annual ratings of Congress and this brief article in Human Events lets you in on its Top Ten Conservative Senators. Of course, Tom Coburn (R.-Okla.), James Inhofe (R.-Okla.) and Jim DeMint (R.-S.C.) make the list but you may be a little surprised at others who earned their way into this elite group like Jim Bunning (R.-Ky.), John Thune (R.-S.D.) and...Elizabeth Dole (R.-N.C.).

Again, the Human Events piece is here but, if you'd like to check out the full ratings sheet, scoot on over to the ACU's website and click on "Congressional Ratings" in the upper left sidebar. There you'll find the carefully detailed analysis -- very valuable stuff to know.

And, oh yes; while you're at the ACU site, you might check out David Keene's article describing the inexplicable decision of Senator Sam Brownback's cave-in to an illegal scheme perpetrated by the ultra-liberal and corrupt Congressman, Alcee Hastings. Bad move, Sam.
Posted by DH at 9:31 AM