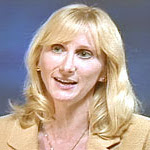 Wendy Wright, President of Concerned Women for America has a comment on the fact that Democrat Senator Harry Reid strongly criticized the Supreme Court's upholding of a partial-birth abortion ban he himself voted for!

Said Wright, “Denouncing a Supreme Court Justice for upholding a law that Sen. Reid voted for reveals Sen. Reid’s true beliefs and sneaky tactics. Sen. Reid voted for the partial-birth abortion ban, yet he also voted for amendments that would have gutted the ban. His statement that he would rather have a justice on the Court who overturned the ban than a justice who upheld it reveals his modus operandi – act one way in actions that voters will see, yet vigorously work to ensure the opposite is the final result. Sen. Reid’s comment reveals a sly ploy of some politicians – portraying themselves as pro-life to the folks back home, but working for opposite results when in D.C.

“Fortunately, President Bush appointed justices to the Supreme Court who believe their job is to interpret the Constitution, not legislate from the bench. Despite Reid’s desire for the courts to do what he did not, the justices did their job and upheld the law.”
Posted by DH at 11:18 AM