Global Warming Debate Shows the Effectiveness of Facts Over Fiction 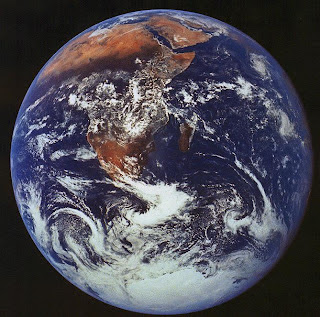 In case you missed the Oxford-style debate over global warming that aired on NPR last week -- and who didn't? The national listening audience of NPR could just about fit in my living room. -- I suggest you take a listen now.

The question before the forum was "Global Warming Is Not a Crisis" with three debaters on each side of the issue. They included (arguing in favor of the motion) Richard S. Lindzen, professor of meteorology at the Massachusetts Institute of Technology; Michael Crichton, author and filmmaker; and Philip Stott, emeritus professor of bio-geography at the University of London. Their opponents were Brenda Ekwurzel, a climate scientist with the Union of Concerned Scientists; Gavin Schmidt, a climate modeler at the NASA Goddard Institute for Space Studies; and Richard C.J. Somerville, oceanography professor at the University of California, San Diego.

The debate was a classic example of how effectively facts can be used to dispel the even the huge amount of hype, hysteria and Hollywood trendiness that has been invested in the global warming craze. For in a vote taken among the audience before the debate, only 30% agreed with the motion, while 57 % were against and 13% admitted to indecision. After the debate, however, the number agreeing to the motion jumped to 46% agreed with the motion, 42% were opposed and 12% were undecided.

Now you can make up your own mind.

Here is the NPR page dealing with the program. It includes links to the debate (both the full and a condensed version), information about the speakers, and more.

Let's hope the guys over at the National Association of Evangelicals give a listen.
Posted by DH at 11:40 AM