From Whence the Islamification of Germany? 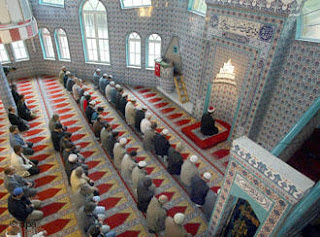 A human-rights activist dedicated to debunking the overpopulation myth says even the German government admits that a low birth rate and Islamic immigration may forever change the face of the German nation. The Germans, he says, have nobody to blame but themselves.

German journalist and university lecturer Udo Ulfkotte recently warned that Islam is slowly but surely taking a grip on the European culture. He said more and more institutions are making allowances for Muslims, and even Islamic "sharia" law is beginning to take hold because 40 percent of Germany's Muslims are convinced the country's constitution is incompatible with Islam.

Steve Mosher, president of the Population Research Institute, says while he mourns the loss of Christian Europe, he says the demographic changes there are the result of the fact that two generations ago, Europeans "lost their way." He contends that their refusal to have children has paved the way for the eventual Islamic domination of the continent. And with a much higher birth rate among Muslims, it is easy how Islamic influence will continue to grow in Germany, he says.

"If one people has babies and the other doesn't, the shift in population can occur in the blink of an eye," he shares. "The loss of Christian Europe is not being caused by Muslims; it's being caused by the fact Europeans lost their way..."

Read the rest of this report right here.
Posted by DH at 11:53 AM