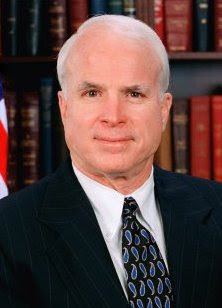 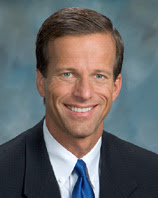 McCain, who has at times in the past been at odds with conservatives, has been working to amass right-wing support and broaden his appeal to the Republican base before the party's primaries.

Thune said he backs McCain because he has dedicated his life to the advancement of freedom and human rights, according to a statement released by McCain's presidential exploratory committee and reported by The Associated Press.

"He represents the kind of leader who understands national security issues and the stakes in the global war on terror," Thune said by phone Monday from Grand Rapids, Mich. "He is the kind of person we need because we are going to face difficult and challenging times..."

Here's the rest of the Argus Leader story on this momentous announcement.
Posted by DH at 7:13 AM