Are You Kidding? The MSM Does a Positive Piece on Pro-Life CPCs? 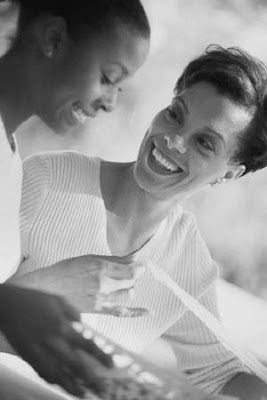 Here's the CNN/Time magazine piece about CPC's that you'll probably be hearing a lot about. It is, quite frankly, an unusually positive article -- something much fairer, much more enlightening and even sympathetic than what the MSM usually does on abortion stories.

Yes, there are a few errors caused from bias: the description of kind, calm voices as being somehow new to the pro-life movement...the dismissal of the links between abortion and such severe complications as breast cancer, sterility, etc...and, of course, the simplistic sentiments shared at the article's close about the non-judgmental, middle-ground, let's all get along while we increase funding for pills and condoms.

But, like I said, it is really a much more positive article than what we would have even imagined a few years ago.

Let's face it -- the pro-life movement is gathering steam. The technology is on our side. The youth are increasingly opposed to abortion. The feminist rant has worn thin, exposing the shrill selfishness and brutality of the ideology. The medical effects of surgical (and chemical) abortion are getting harder and harder to deny. The ranks of people regretting their abortions are swelling. The abortionists are dying and no one wants to pick up the ignoble tools of the trade. The vicious violence of abortion is repulsing more Americans every day.

And now...even the MSM looks like they may be getting a few cracks in their wall of silence, bias and misinformation.