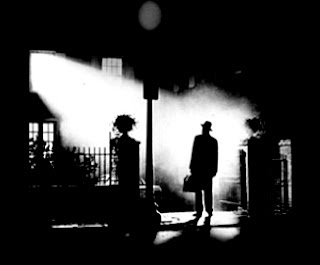 Just who are these folks talking about?

George Clooney says of him, "He possesses the one quality that you cannot teach and you can't learn. … He is a leader. He walks into a room and you want to follow him somewhere, anywhere. And … I've only seen that a couple of times in my life."

Oprah Winfrey agrees. “I think his sense of hope and optimism for this country and what is possible for the United States is the kind of thing that I would like to get behind."

Other entertainers on board include Will Smith, Rob Reiner, Laurence Fishburne, Kristen Chenoweth and Matt Damon. But so too are folks like Warren Buffet ("I've got a conviction about him that I don't get very often. He has as much potential as anyone I've seen to have an important impact over his lifetime on the course that America takes. If he can do an ounce better with me, fine.") and Ethel Kennedy, widow of Senator Bobby Kennedy.

The superstar they're so high on?

Says Mrs. Kennedy, "I think he feels it. He feels it just like Bobby did...He has the passion in his heart. He's not selling you. It's just him." She says she has carefully followed Obama's career and refers to him as "our next president."

These quotations are all taken from the busy new web site, Draft Obama, and until just a few days ago, similar sentiments were posted on the site by the Rev. Rick Warren of California's Saddleback Church. Warren, as I've blogged about before, has climbed out on quite a limb for Obama already, publicly praising him and inviting him to appear in the Saddleback pulpit for an AIDS conference. The Warren remarks posted on Draft Obama described Obama as "an amazing man" whose potential for the presidency includes his "good character."

One would think an evangelical preacher just might consider an aggressive promotion of abortion (even partial-birth infanticide), special rights for homosexuals (including state recognition of homosexual marriage) and other such markedly unbiblical positions as revealing anything but good character...but then Rev. Warren's discernnment hasn't been all that sharp lately.

Warren's people did make sure that the pastor's remarks were removed from the website a few days ago but it seems that the reasons were more about tax-exemption concerns than about furthering still more the presidential aspirations of Senator Obama.

Fooling Kristen Chenoweth and Rob Reiner is no big deal. But you've got to wonder what has gotten into Rick Warren for him to pull such brainless (and faithless) stunts.
Posted by DH at 2:35 PM