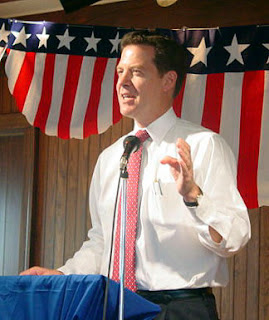 Mr. Compassionate Conservative: Senator Sam Brownback of Kansas considers a run for president. So why is he spending a night in prison?

This is the title (and subtitles) of a distinguished Weekly Standard article by Terry Eastland and you'll see how the contrast between both the faith and the resultant political principles of Senator Brownback and the fellow covered in the post just beneath this one (Senator Barack Obama) couldn't be more striking.

Eastland's article is most definitely a must-read for those trying to find a candidate they can wholeheartedly support in 2008.
Posted by DH at 11:57 AM