If you didn't catch a previous post from yesterday here on Vital Signs Blog about Science magazine printing an attack letter aimed at Do No Harm (and by association all advocates of adult stem cell research), do so now and then come back here and read Tony Perkins' fine commentary on the matter. It comes via Family Research Council's e-mail daily updates...updates, by the way, that are excellent and free. You can sign up here. 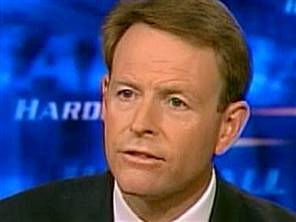 Today the Senate begins consideration of three bioethics bills, one of which would fund stem cell research that requires the destruction of human embryos. Embryonic stem cell research has been misrepresented, and over-hyped. So it comes as no surprise that a proponent of embryonic stem cell research and human cloning, Dr. William Neaves, wrote a letter criticizing FRC"s Dr. David Prentice for claiming that the published literature shows 65 diseases in humans have been treated with adult stem cells. What's more disheartening, the journal Science published it without giving Dr. Prentice a chance to respond, a usual practice for scientific journals. Even worse, Science does not disclose Dr. Neaves's expenditure of $10 million to advance Missouri's clone and kill human embryo ballot initiative.
In the hit piece, Dr. Neaves falsely accuses Dr. Prentice of claiming that adult stem cells are being regularly used as FDA-approved treatments in the United States. While some treatments have been FDA approved others listed by Dr. Prentice, such as Parkinson's and spinal cord injury, occurred overseas and would not involve the FDA. Rather, Dr. Prentice has correctly pointed out that many patients are being helped in these trials. One wonders based on his own criteria, how Dr. Neaves knows embryonic stem cells from cloned embryos are going to treat people, when not a single disease has been treated by this method in any trial. The good news is that the list is now at 72 diseases that have been treated in humans with adult stem cells.
Posted by DH at 11:11 AM