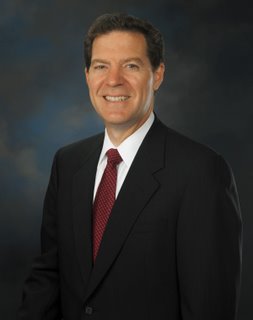 U.S. Senator and staunch pro-life champion Sam Brownback promised last week to call for a floor debate on bioethics whenever the Senate puts H.R. 810 on the agenda. The measure would rescind the policy President Bush put in place in August 2001 which limited the use of embryonic stem-cells to lines in existence before 2001.

Brownback argued that Congress is only looking at embryonic stem cell research as a potential breakthrough for many human ills but that it is adult stem cell research alone that is "paying the dividends" when it comes to results. He said that embryonic stem-cell research is not only immoral (i.e. human embryos are always destroyed in the process of harvesting those cells) but it is terribly counter-productive (i.e. it takes money and attention away from research using adult stem cells, such as those taken from umbilical-cord blood -- research that is not controversial and is the course of research already creating positive medical treatments).

Here (1 and 2) are a couple of stories giving details about Senator Brownback's effective promotion of adult stem cell research including the inclusion at his press conference of something the ESCR crowd simply cannot produce; namely, people who are in substantially better health because of the right kind of stem cell treatments!

If you'd like to send along an e-mail message to Senator Brownback, you can use the form located here.
Posted by DH at 1:01 PM