How Hollywood Promotes Liberalism (At a Profit No Less) 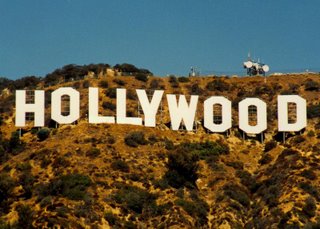 He presents a compelling case against the wishful thinking of many conservatives; namely, the belief that market forces will eventually require Hollywood to move towards the mainstream. No, Apuzzo shows that the liberal glitterati are more hell-bent than ever in pushing their irreligious, socialstic, culturally degenerate themes but that they're still very much interested in making money too. And, by the way, they are doing both quite successfully.

The conservatives' response should be much more than simply hoping Hollywood will destroy itself. Indeed, the best answer is to utilize the technology, the market, and bold financial investments to create a counter-revolution.

To keep up with Arpuzzo and his colleagues, you might want to bookmark Libertas, a forum-type web site for those interested in conservativism and film.
Posted by DH at 8:54 PM