Perils of the Golden Theory 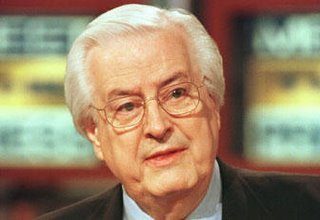 In a profound speech before the House International Relations Committee (which he chairs), the honorable 81-year old Illinois Republican, Henry Hyde, reminded the Committee members (and the meeting's special guest, Secretary of State, Condoleeza Rice) of the dire necessity of maintaining a "clear-eyed and sober-minded understanding of this world" rather than the naive, wishful thinking that dominates the Democrat Party and has even influnced President George W. Bush in his passion to involve the United States in creating global democracy.

It is an important speech, despite the failure of the MSM to cover it at all. But the new technology frees us from the MSM's ineptness and prejudices. Thus via the internet you can actually see and hear Henry Hyde's speech ("The Perils of the Golden Theory") right here, or read the transcript here.

As an added bonus, I direct you to Terence Jeffrey's perceptive appreciation of the speech in this Town Hall column.
Posted by DH at 7:42 AM