MSM Ignores Scandals of the Left 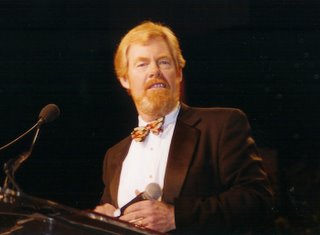 When I think of the most diligent, perceptive, straight-shooting critics of American media, Brent Bozell is at the head of the class.

Here's one of his latest columns, a nice piece demonstrating how a scandal to the MSM (mainstrean media) must by default involve conservatives. Nothing else, no matter how vile, corrupt or clearly proven, matters a whit.

And for yet another recent example of the MSM's "deliberate ignorance" of corruption among Democrats, take a peek at this Town Hall article written by a fellow whose investigative journalism has set the standard for the New Right movement, R. Emmett Tyrrell.