The Assault on Christmas 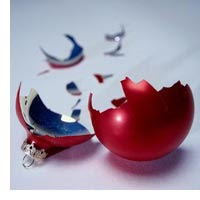 Boston's Mayor and Parks Commissioner has yielded to cries from people across the country: Beantown's "holiday tree" will be a Christmas tree, after all. The Christmas tree is an annual gift from Nova Scotia to thank the people of Boston for their great generosity following the explosion of a munitions ship in Halifax harbor during World War I. When he heard that the tree would no longer be called a Christmas tree, the Canadian donor said he'd rather put the majestic evergreen "in the chipper." Meanwhile on the West Coast, Encinitas, California, Mayor Dan Dalager braved criticism from the politically correct crowd. He renamed that city's holiday parade a Christmas parade. That's the name it proudly wore for decades, the Mayor explained. Mayor Dalager, a lifelong resident of the thriving coastal city, upset the local Girl Scouts council as well as the vice president of the Bernese Mountain Dog Club of Southern California. The dog club veep identified herself as an atheist. She did not, apparently, poll the dogs. Many of us think the celebration of Christmas is going to the dogs in this country when we see news stories about shoppers on "Black Friday" scuffling with Wal-Mart security guards. Fighting for what? A cheaper toy? A discounted laptop? The latest X-box? At times, it seems we went to sleep in George Bailey's friendly hometown in It's a Wonderful Life--and woke up in nasty Potterville!