There The Democrats Go Again 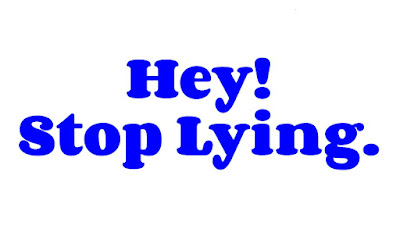 In one of the many political ads paid for by the Nebraska Democratic Party, the claim is made about Congressman Don Bacon that his "extreme anti-choice bill will endanger women’s lives.”  Well, any thinking person recognizes that this is a gross lie.

So, yes; they will continue to lie even as they hope that there are enough unthinking sheep out there to believe them.

Let’s take this pro-abortion ad from Nebraska Democrats as an example.  First of all, the bill they are referring to is a simple, compassionate, common sense, fully Constitutional, and scientifically impeccable bill that would not endanger anyone or anything unless, that is, you’re talking about it limiting the profits of such racist, sneaky, and violent abortion profiteers as Planned Parenthood.

For again, any thinking person knows that pro-life bills do not in any way actually endanger women’s lives. Hardly. They do, in fact, seek to save untold numbers of women’s lives that, if the Democrats were to keep having their way, would be cruelly ended by the abortionist’s suction machines and curettes and chemical poisons.  Women's lives and needs matter – most certainly.  But so do the lives of preborn girls and, while we're at it, preborn boys as well.  And, make no mistake, the pro-life bills like those supported by Congressman Don Bacon will compassionately serve the needs of them all.