Is There No Place for Chivalry Today? 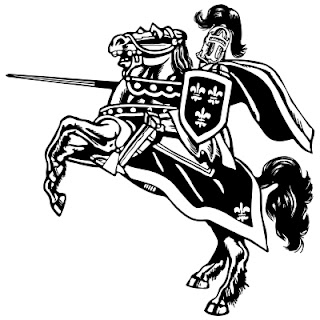 “Chivalry is only a name for that general spirit which disposes men to heroic actions, and keeps them conversant with all that is beautiful and sublime in the intellectual and moral world.”  That’s how Anglo-Irish writer Kenelm Henry Digby described chivalry in The Broad-Stone of Honour published in 1822.

That’s a nice description. But I like even more the way Sir Walter Scott put it when he had the charming and brave knight, Ivanhoe, answer a young woman’s question in this way:  “Chivalry?  Why maiden, she is the nurse of pure and high affection, the stay of the oppressed, the redresser of grievances, the curb of the power of the tyrant.  Nobility were but an empty name without her.  And liberty finds the best protection in her lance and sword.”

Chivalry. The word itself stirs the imagination and moves the soul to embrace manly virtues: strength, courage, a willingness to fight in a noble cause. But also kindness, innocence, courtesy and grace.  And we must not forget honor, self-discipline, loyalty, and a burning love for God...

The rest of Denny's essay, “The Code of Chivalry,” can be found right here on the Vital Signs Ministries website.