He Was Born to Die (Harold Berry) 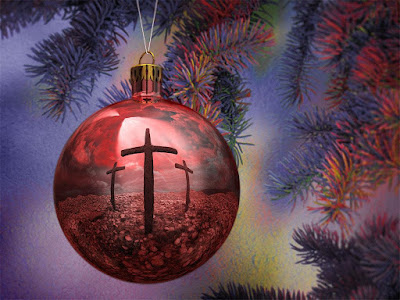 For many years now, Claire and I have been among the many who are honored to have Harold Berry as a friend and mentor. Whether our conversations over coffee have taken place at the Grace Bible College snack shop, or the Burger King on South 13th Street, or the senior facility in Lincoln where he now lives, I have always found Harold to be a source of wisdom, kindness, good humor, and a steadfast love for the Savior. And so we are very pleased that his friendship continues to challenge and encourage us.

Case in point? The brief speech below was written and delivered by Harold for a Toastmasters group that he has recently joined. It is just one example of the many ways he continues to serve the Lord Jesus: writing for Back to the Bible, intercession, counsel to friends, evangelism, leading Bible studies and hymn sings, learning, and looking eagerly for the Lord's return. Here is his latest Toastmasters talk.

It’s hard to believe than anyone is born to die. You were obviously born to live. When your mother looked into your newborn eyes her last thought was how long you would live. You didn’t come to die; you came to live. Advertisers know this and spend millions of dollars hawking anything that might extend your life a little longer.

Not so with Jesus.

He came for the sole purpose of dying for you and me. He was and is God but had to take on human flesh in order to die for mankind. He was fully God and fully Man. Why did He do this? The Bible makes it clear it was because of His love for us. First John 4:10 says, “This is real love—not that we loved God, but that he loved us and sent his Son as a sacrifice to take away our sins.

As the Creator of the universe and King of kings, one would think Jesus would have a birth reflecting royalty. Not so.

He was born in a stable and placed in a crude manger that slobbering animals ate out of. His birth was first announced to lowly shepherds. The mother of Jesus considered Him as her Savior. Luke 1:47 records she said, “My Spirit has rejoiced in God my Savior.”

Luke 2:24 reveals the sacrifice they made when Jesus was eight days old was due to their poverty-- “either a pair of turtledoves or two young pigeons.” Even the brothers of Jesus did not believe He was the Messiah; that is, the Christ. Some do not believe that Mary and Joseph had children after the virgin birth of Jesus, but Luke referred to Jesus as her “firstborn” (Luke 2:7).

If you have only one child you would likely not call the child your “firstborn.” (See also Matthew 13:54-56.) Also, in this regard some translations in John 3:16 refer to Jesus as God’s “only begotten” Son. The words “only begotten” do not refer to His birth. In the book of Hebrews, Isaac is referred to as Abraham’s “only begotten” son (see Hebrews 11:17). Isaac was not Abraham’s only son nor even his oldest. The expression refers to a special relationship, not to birth.

Jesus predicted His death and even His resurrection from the dead on the third day, but His disciples did not understand and were not believers until after His resurrection. Even the half-brothers born to Mary and Joseph after His virgin birth did not believe in Him (see John 7:5). No wonder, can you imagine growing up with a perfect brother!

At Christmastime we remember the One who was born to die. How does one know, of all the world religions, what to believe about how to get right with God and be ready for eternity? As you think of Jesus, I remind you, No one else has died to pay for your sins and mine. In John 14:6, Jesus is recorded as saying, “I am the way, the truth, and the life. No one comes to the Father except through me.” In Acts 4:12, the apostle Peter wrote, “There is salvation in no one else! God has given no other name under heaven by which we must be saved.” As you think of other religious leaders, remember, only the grave of the Lord Jesus Christ is empty.

The heart of my Christmas message is: What will you do with the One who was born to die for you?