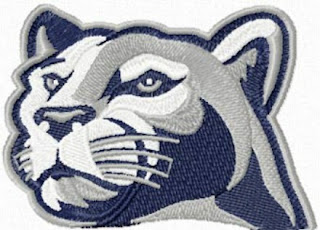 As those of you following our ministry in creating "Anti-Boredom" packets for distribution in senior centers and nursing homes know, we have recently been including personal notes, encouragements, photos, and personal stories in the opening letter. Below is the letter that went out today to 12 different facilities (hundreds of seniors being residents there) along with #16's quizzes, questions, and quotations.


Hey friends! For #16 in our series of activity pages to help with the isolation and boredom imposed by the quarantines, my reminiscences take me back again to the days of my somewhat misspent youth. Indeed, this time around I’ll tell you about my oh-so-brief tenure in the Boy Scouts in a little piece I’ve entitled…

The first outing of the season for Troop 448 took us up into the Colorado mountains to learn some outdoorsman skills, play a wide-ranging game of Capture the Flag, and cook our own dinner. One of our simple duties was to get our water from the stream at the foot of the hill. Always on the lookout for an easier way of doing things, I opted to open the spigot on a water tank near the Forest Ranger tower to fill my canteen. Fortunately, I decided to test the quality of the water with just a sip. Yipes! It wasn’t water at all – it was gasoline! And for that one hesitant sip, for a couple of weeks, everything that I ate, drank, or even smelled seemed like it came from a refinery. Yuck.

The other disasters happened on our very next outing a few weeks later. My troop visited a place we called “Paradise Valley” where we planned to spend a whole weekend camping out. My group of 5 was the Panther Patrol. Cool name. I must confess, however, that several members of the Panther Patrol would eventually represent a kind of “rogues gallery” in our neighborhood.  True, one of these Panthers would spend a successful career in law enforcement, but three of us would end up traveling on the other side of the law for awhile. Looking back, one wonders if the way the weekend turned out wasn’t some kind of foreshadowing of things to come.

First of all, the Panthers were denied their choice spot of a campsite because the Beaver Patrol (our troop's elite corps, comprised of older and more serious Boy Scouts) was given rights to the spot by our adult leaders. Feeling wronged, we decided on revenge and so that night we used our little shovels to dig a trench from the stream straight into the Beaver Patrol's tent. The results were pretty satisfying at first (to the Panthers, not the Beavers) but we were quickly discovered to be the culprits and we were scolded, shamed, properly punished, and warned that we had only one more chance.

But, like I hinted earlier, there are some boneheads that just aren't cut out for the Scouting life. We behaved ourselves well enough the next day but with the evening, things took a turn for the worse for the Panther Patrol. First of all, they tried to teach us how to make something from small logs that would reflect a campfire's heat back into one’s tent. It was a nifty idea, all right, but instead of reflecting the fire’s heat, ours simply caught on fire itself. Three times.

Next, we got to cutting up a little while making dinner and somehow I managed to brand Jimmy D. with a hot wiener. Now it was only an accident. Scout's honor. After all, Jimmy lived across the street from me and was my friend. In fact, he was so good a friend that I wasn’t even bothered that he used to wear a nylon hose over his head (weighted with a bar of soap in the toe, no less) in order to train his curly hair to lay down a bit. Anyhow, Jimmy played the good Scout about the whole business and didn't snitch me out. Thanks, J.D. What's a smoldering hot dog scar between pals anyhow?

I’m afraid that the comedic complications of the camping trip were not yet over for the troubled Panther Patrol. For that Saturday night, it rained. And I mean, a hard and abundant rain. The other patrols (bless their hearts) stayed dry and warm in their tents. The Panther Patrol didn’t. We were sloppy in pegging our tent down; we didn’t pile dirt over the tent edges; and we had erected the tent on a pretty steep-angled slope. So, when the rain came down, the water ran into our tent, and even beneath the polyethylene sheets we had placed under our sleeping bags. Two of us woke up in the middle of the night thoroughly drenched – and brother, I mean thoroughly. Because not only were we being rained on, the water beneath those plastic sheets had carried us downhill and into the stream just as easy as being on a Slip n’ Slide.

That was the last straw for our Scout leaders and, the way I remember it, the entire Panther Patrol was dismissed from Scout duty -- permanently. In fact, what I heard later may be true; namely, that our names and photos were distributed to the Boy Scouts of America with the warning, “Under no circumstances should a troop undertake to make Scouts out of these rascals. They are a serious danger, both to others and to themselves.”

There you have it – a candid, first-person testimonial that not even the Boy Scouts can make a silk purse out of a sow’s ear. Or, more to the point here, they can’t make a Paragon out of a Panther. But, thanks be to God, His mercy CAN accomplish such a miracle. And I’m pleased to say as a postscript to this story that at least two of those problematic Panthers would discover God’s love and forgiveness later on in their lives. And one of them is sending along his heartfelt greetings and prayers with this latest “Anti-Boredom” packet. We miss you and hope we get back to presenting “When Swing Was King” shows very soon.