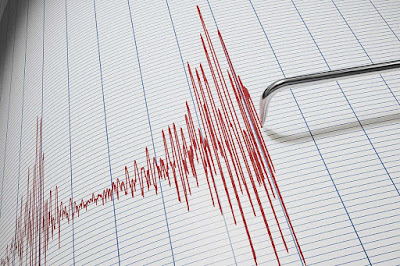 A little known poem written in the 1920’s by the author of Dr. Zhivago, Boris Pasternak, describes the power of Bolshevik revolutionary and ruthless dictator Vladimir Lenin in a striking stanza. In this poem, “Lofty Melody,” Pasternak emphasizes the connection between Lenin’s comprehensive political power and his propaganda prowess. Writes Pasternak, “He ruled the flow of thought, and that is why he ruled the land.”

Pasternak understood that the prelude to controlling people’s lives was controlling their minds. And as the decline of Western civilization continues its dramatic course, it is critical that you and I take the challenge that Pasternak’s observation implies. After all, ours is an age when the erroneous inventions of Darwin, Freud, and Marx still dominate the academic world – an age when the terms and demographics used in the public debate over abortion are provided by the abortionists themselves – an age when lies of the devil have become the dominant messages in our culture’s music, movies, television programming, fashion, education systems, and the leftist reporting which masquerades as journalism. These godless sources clearly have ruled the flow of thought in our era, thus creating the most horrendous flow of action, including waves of unimaginable violence, sexual perversion, and open defiance of Almighty God.

Jesus warned us that Satan is the father of lies and also that he is a creature committed to fierce action, especially against Christians. Indeed, the devil is never content with the lie itself; he is also a blasphemer, a deceiver, an accuser, a tempter, a murderer. And, in pursuit of these wicked things, he creates alliances with foolish, rebellious human beings. For instance, he uses such voices as a newspaper or magazine article, a film or a television program, a humanistic school curricula or museum exhibit, the allure of cocaine highs or illicit sexual thrills, get-rich-quick pitchmen or false preachers, and so on. Through such voices, the devil seeks to rule the land -- by ruling “the flow of thought.”

The psalmist tells us that those who speak lies go astray. The deception of the mind leads to “actualized” sin...and then more sin. Stressing the same truth, the Lord tells us that as a man thinks, so will he act. As apologist Francis Schaeffer repeatedly emphasized, “Ideas have consequences.” And no more crucial does Dr. Schaeffer’s remark relate to you and I than in this matter of believing lies.

Now this isn’t normally a topic we talk about. The word “liar” is considered too stern, too moralistic, too judgmental for social use…even in church. And certainly being a “lie detector” will not make you very popular nowadays. Nonetheless, those who have trusted Jesus Christ as Lord and Savior have an unmistakable, undeniable calling which requires them to perform that very function. Detecting the lies that confront us throughout the day, refusing their power in our own lives, and then daring even in the public square to expose and refute those – these are critical elements of being a true disciple, a “light of the world.”

I fear for the state of the Church in the West because of the frequency with which everyday Christians succumb to worldliness, forfeiting their rich intellectual heritage for the propaganda doled out by the devil’s minions. Is it any wonder then that believers, “unsalty” and begrimed with the spirit of the age, have lost their power to influence the events around them? Rather than acting as sojourners in this foreign country of the world, we’ve settled in and become quite comfortable. Rather being transformed into the image of Christ Jesus, we have chosen to be poured into the molds made by advertisers, politicians, secular educators, entertainment moguls, and preachers who deny the necessity of both holy living and sacrificial service in behalf of others. It has been a tragic sell-out.

Is there a way back? Certainly. And it begins with the simple refrain, “Out with the bad and in with the good.” Or, put another way, we need much less of the world in us and much more of the Word. The writer of Hebrews tells us that the mature Christian is one who has by practice had his senses trained to discern good and evil. That is a comforting thought as well as a challenge. For despite the enveloping cloud of lies in our era, the Holy Spirit reminds us that the obedient Christian can overcome evil with good. Not only can we escape the tyranny of lies ourselves, we can even beat them back as they try to claim new victims.

It doesn’t come easy, of course. The most difficult reclining chairs to get out of are the ones that feel so good to be in. You have to be a diligent student of the Bible. You must strive for holiness, deny self, be a doer of the Word and not a hearer only. And you have to engage the power of the Holy Spirit as you bring His light to bear upon everything you encounter. If you let down your guard in any area, you become easy prey for the father of lies. He will fool you. He will exploit you. And he will then toss you aside. How infinitely better is it to listen to the voice of the Good Shepherd?

By wisdom a house is built
And by understanding it is established.
And by knowledge the rooms are filled
With all precious and pleasant riches.

A wise man is strong
And a man of knowledge increases power.
For by wise guidance you will wage war,
And in abundance of counselors there is victory.
(Proverbs 24:3-6)

The above passage from Proverbs presents a dramatic contrast to Vladimir Lenin’s ambition to rule over men by dominating the world of ideas. For the wise man, as these verse illustrate, is one who builds his life on the sure foundations of God’s Word. That man can then influence the world of action as he teaches truth, exposes and overcomes the devil’s lies, and guides others towards spiritual freedom, justice, moral purity, and serenity of soul.

Unlike Lenin (and unlike Satan and his henchmen themselves), the wise man has trusted Jesus Christ’s death as payment for his sin. He has been adopted into God’s forever family and given the indwelling power of the Holy Spirit to walk in the newness of life. In obedience to God’s commands for him to be a light-bearing disciple, the wise man will thus celebrate his freedom to know truth, but he will also bravely take on the duty of “lie detection” to help liberate others.
Posted by DH at 4:28 PM