An Embarrassing Problem for Darwinians

Here is a slightly edited note from a Vital Signs Blog post of more than ten years ago; July 18, 2008 to be exact. But it's content is as relevant as ever and even the article I mention at the conclusion is still online. Check it out. 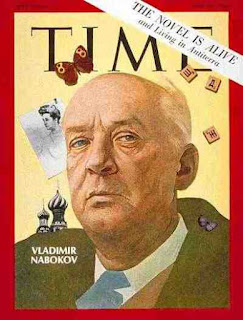 “When a butterfly has to look like a leaf, not only are all the details of a leaf beautifully rendered but markings mimicking grub-bored holes are generously thrown in. ‘Natural Selection,’ in the Darwinian sense, could not explain the miraculous coincidence of imitative aspect and imitative behavior, nor could one appeal to the theory of "the struggle for life" when a protective device was carried to a point of mimetic subtlety, exuberance, and luxury far in excess of a predator's power of appreciation. I discovered in nature the non-utilitarian delights that I sought in art. Both were a form of magic, both were a game of intricate enchantment and deception.”

The above paragraph was written, not by William Jennings Bryan or Billy Sunday, but by the decidedly irreligious author of Lolita and Pale Fire (and, more importantly for my money, the translator of Pushkin), Vladimir Nabokov.

It turns out that Nabokov served as the curator of lepidoptera (butterflies) at Harvard University’s Museum of Comparative Zoology in the 1940s. In fact, according to his biographer, Nabokov “became the authority on the little-studied blue butterflies (polyommatini) of North and South America” and was “a pioneer in the study of butterflies' microscopic anatomy, distinguishing otherwise almost identical blues by differences in their genital parts.” And besides his novels and short stories, he published articles in such scientific journals as The Entomologist, The Bulletin of the Museum of Comparative Zoology, The Lepidopterists' News, and Psyche: A Journal of Entomology.

Of course, this creates a problem of embarrassment in the secular academic circles where Nabokov's literary work has been so highly regarded. I mean, what’s with a renowned liberal humanist vigorously disputing evolution -- and doing so from the most intricate and informed scientific reasoning?

Here's more from the Discovery Institute.
Posted by DH at 11:01 AM