A Soft Answer, Yes. But, Heavens Above, Give an Answer. 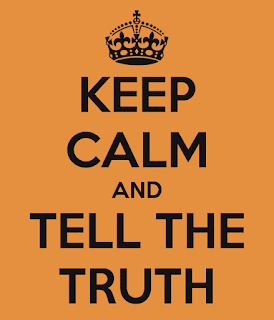 We had barely finished our last prayers of the morning’s pro-life witness outside one of the nefarious Planned Parenthood abortion businesses when a young man pulled up to the intersection and coarsely yelled at us, “Don’t you *#%6@ people have anything better to do!”


I started walking towards his car and said with a slight smile, “You gotta’ be kidding me, right? I mean, what can you come up with that’s better than saving a baby’s life? Firemen, doctors and nurses, lifeguards – are you tellin’ me that they’re wasting their time too?” I kept walking towards the vehicle where I then scrunched down a bit so I could be on the same eye level with the guy. He hadn’t answered my question but then he hadn’t driven away either. In fact, my question (and perhaps my advance) seemed to calm him down some.

Still miffed, though, he motioned over towards the abortion building. “Okay, maybe so but this is America, right? We have something called free choice, you know.”

I smiled more broadly.“Of course we do. All we’re doing here this morning is telling people the facts about abortion, facts they’re not going to be told inside this place. That’s not just recognizing the value of a free choice but going even further and trying to insure that people can make fully informed choices. That’s cool with you, isn’t it? I mean, I bet you’re a pro-truth kind of guy.” I was right next to his car now and kneeling down so I could speak to him through the open window. “You’re not against newspapers or TV commercials, are you? Or the FDA giving you the facts about what’s in your hamburger or your milk. Man, I’m just doing the same thing here today except the information I’m offering is completely free and it’s related to the highest stakes possible – life and death. At any rate, do you really think I’m taking away anybody’s freedom of choice?”  I inclined my head towards the building. “See that 8-foot iron rail fence surrounding the place? You know, I haven’t scaled that thing and tackled a girl all morning. Not a single, solitary tackle.”

That comment actually drew a little laugh from him. “Well, okay; I see what you mean.” Then, more calmly and seriously than I was expecting, he said, “But these girls already have their minds made up.”

I replied, “You’d think that, wouldn’t you?  But, you know, I’ve been doing this for years now and there have been hundreds decide not to have the abortion even though they get to this stage of the proceedings. And a lot of them we’ve been able to help through the pregnancy and after. That’s something else, huh?”

By now a couple of cars had pulled up behind the guy and so I figured I’d better motion him on. “Hey, you’re starting to hold up traffic now so you’d better book. But thanks for stopping, man. I enjoyed talking to you.”

The young man smiled and acted, for a brief moment, like he was going to try another tack. Then, putting his car in gear, he said, “Well, okay; you people try and stay warm” and drove off.

I turned back to my colleagues. There were a few grins and an arched eyebrow or two, “Well,” somebody chuckled, “that sure had a different ending than what I would have guessed.” Another pro-lifer nodded agreement and said, “ Yes, but a soft answer turns away wrath.”

Ah, the Proverbs. How valuable is the wise counsel they give us. Now, the Proverbs are not guarantees. They are general principles of life observed by Solomon and others which reflect a godly perspective. Take Proverbs 15:1 for example. A soft answer doesn’t always turn away wrath. We will see in a moment that the Book of Proverbs admits this. Nevertheless, Proverbs do show us 1) what is generally true, and 2) how life should be lived by those who desire to please God.

And even when sin breaks the consistency of these rules for life, the Proverbs are ever faithful to point us to the ideal standards.  And I can assuredly testify from years of experience, even amid the intense pressures of being at abortion clinics, protests, sit-ins, debates, answering questions (and charges) from opponents, and so on that a soft answer is a wise, winsome, and reliable tool for turning aside wrath.

Now, as I mentioned, it doesn’t always do so. Indeed, to those committed to their wicked ways and foolish presuppositions, speaking the truth, no matter how softly and courteously given doesn’t always dampen someone’s stubborn anger. Sometimes, the truth will inflame all the more the wicked who refuse to listen.  This means that he truth teller will often be rejected instead of being welcomed, ridiculed instead of praised, hated and persecuted instead of having his message embraced.

But that doesn’t at all negate or even minimize our obligation to keep on telling the truth, even those truths that the unbelieving world most hates nowadays – truths about abortion, sexual perversions, the biblical teachings on marriage and family, the authority of Scripture, and the exclusivity of Jesus’ truth claims. And this obligation remains even though the pagan left has become increasingly intolerant, bullying, and even violent.

Note how other  passages from the Book of Proverbs underscore both the regularity of truth’s rejection and yet it’s ability to provide liberation and power for the few who will indeed listen and receive it.

“Because they hated knowledge and did not choose the fear of the Lord, they would not accept my counsel. They spurned all my reproof. So they shall eat of the fruit of their own way and be satiated with their own devices. For the waywardness of the naive will kill them, and the complacency of fools will destroy them. But he who listens to me shall live securely and will be at ease from the dread of evil.” (Proverbs 1:29-33)

Clearly, these passage are not intended to dissuade Christians from speaking truth into the culture, including reproof, correction, and warning to individual sinners. No, they merely underscore what responses the truth teller can expect. In other words, be prepared.  But we are also encouraged to appreciate the worthwhile nature of truth-telling for miracles do happen. Scoffers sometimes do repent with all of heaven rejoicing when they do.

You and I have no way of knowing just which foolish, stiff-necked sinner will one day listen to the truth and be converted. For instance, back in the spring of 1970, Chuck Cooke and Dick Hall, two men working with Young Life in Colorado, took a chance to confront a young thug with stinging truths from the Word of God. Had they tried on their own to discern whether or not this smart-alecky drunk was a confirmed scoffer or not, yours truly would still be dead in his sins.