On the American Attraction to Novelty 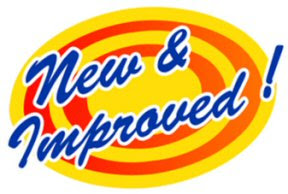 There is a strong and ongoing temptation towards novelty in the American Christian. Indeed, he has for so long and in so many clever ways been taught that “new is better” that he now believes it as a foundational premise. For his entire life he has been surrounded by a persuasive media that has defined him as a consumer and so it is, more than anything, the advertising agency that has determined the way he looks at the world. He has his learned lessons well and is now convinced that everything that is “new” must truly be “improved.”

Running a not too distant second in formulating the believer's attraction to novelty is the school system in which he was taught. There he was instructed carefully and incessantly in evolutionary thought. Whether the classes involved science, humanities, ethics, or Marxist-laced economics, the government school system has instructed him that everything is moving towards that inventible force called (note the capital P) Progress. A key part of his worldview is the maxim, “Every day in every way, things are getting better and better.”

It should be no surprise then that American Christians find themselves ever attracted to novelty…even in theological matters. The latest trend. The fashionable formula. The pragmatism promised by the most recent book. The American Christian, taking his lead from the advertising jingles in his head, believes that even in the search for religious significance, success will be found in the “new and improved” theological tricks – the latest, the hippest, the faith flavor of the month.

But G.K. Chesterton had it right when he declared, “It is the old things that startle and intoxicate.” And indeed, the believer’s strength is always found in the ancient truths, the essentials, the fundamentals of the faith. Ours is a Faith grounded in history and beautifully enacted by real heroes who have given us an extremely rich heritage. And we worship and serve a Messiah Who is “the same yesterday, today, and forever” and Who has revealed himself in the timeless writings of the Holy Bible.

So please, my friends, beware of the siren calls from novelty for they represent an alluring but ultimately misleading force. No, it is much better to stay the course with He Who was, is, and is to come…He Who holds the future in His Hands…He Who is, quite rightfully titled, the Rock of Ages.
Posted by DH at 10:18 AM