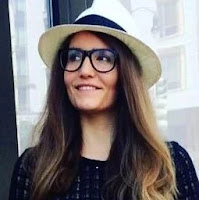 Inez Feltscher Stepman, Director of the Education and Workforce Task Force at the American Legislative Exchange Council and a senior contributor to The Federalist, comments on the new popularity of an old (and very bad) idea; namely, socialism.

"Earlier this week, The Washington Post ran an article by Elizabeth Bruenig titled ‘It’s Time to Give Socialism a Try,’ in which she argues that the current flailings of liberal democracy should be replaced with socialism. Although the author stridently and probably sincerely denies being a “totalitarian nostalgist,” the reality is that socialism requires totalitarianism. A system so incompatible with human nature cannot exist without an increasingly-ruthless enforcement mechanism. And as we see with the rising illiberal left in America, nice-sounding ideas quickly turn into demands, and demands into law, backed by the full force of government.

Not to get too personal here, but this kind of ‘let’s try it again’ rhetoric really chaps my behind. Both of my parents grew up under the communist regime in Poland, and my grandfather logged time in a Siberian gulag. They came to the United States seeking a freer life, not to hear more of the same old siren song.

There’s nothing romantic about life under socialism or communism. We know where rhapsodizing about socialism leads. It’s not new, and the Post and the New York Times shouldn’t treat it like the trendy flavor of the month.”  (Inez Feltscher Stepman at Bright, an email update provided by The Federalist)
Posted by DH at 10:04 AM