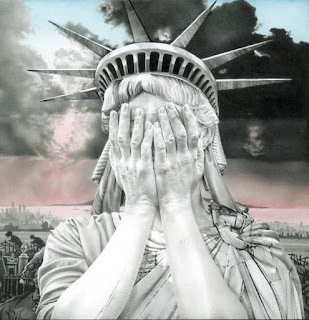 The United States is one of just 7 countries that permit elective abortions after 20 weeks.

Just think about that for a moment.

The nation that boasts of its compassion, of its justice, of its dedication to life and liberty and the pursuit of happiness for all is a nation that defends (even pays millions of dollars for) the brutal killing of preborn boys and girls.

By the way, that list of 7 countries I mentioned, includes such intolerant (indeed, repressive) governments as North Korea, Communist China, Vietnam, and Canada. Great company to be in, huh?

And yet, to the modern Democrat Party, this kind of barbarism is exactly what they want....what they demand. And the most recent evidence of this travesty is that on Monday all of the U.S. Democrat Senators except for Bob Casey of Pennsylvania, Joe Donnelly of Indiana, and Joe Manchin of West Virginia voted against the Pain Capable Unborn Child Protection Act, an extremely limited bill which would only have prohibited abortions after the preborn baby had reached 20 weeks gestational age.

My, my. The Democrats, who have gone wildly wrong on so many moral issues in recent years, have completely lost their soul in their extremist promotion of abortion.

Time for you to quit riding the donkey?
Posted by DH at 9:59 AM