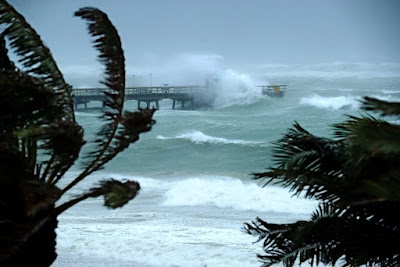 From Newsweek magazine comes this warning. “There are ominous signs that the Earth's weather patterns have begun to change dramatically and that these changes may portend a drastic decline in food production - with serious political implications for just about every nation on Earth.”

And then from TIME Magazine, here’s this. “As they review the bizarre and unpredictable weather pattern of the past several years, a growing number of scientists are beginning to suspect that many seemingly contradictory meteorological fluctuations are actually part of a global climatic upheaval.”

Pretty ominous sounding stuff, right? So, is Al Gore correct? And is the media hype about today’s global warming crisis spot on?

Well, before you answer, let me tell you that the 3 “old guard” media examples I just cited all came from…the 1970s! Uh huh. The 1970s. And they were all from articles raging about what they predicted was…get ready for it…a cataclysmic ice age! Hmm. I wonder how that worked out for ‘em?

Now, I don’t blame anyone for being concerned about the weather catastrophes our nation is experiencing: the hurricanes and floods, the forest fires, and so on. But the main thing to deal with here is not politics, especially the hysterical and manipulative rants of the left. No, the main thing is to realize the ever-present dangers of living in a fallen planet and thus preparing for one’s inevitable exit from it.  After all, the planet as we know it is doomed. The Bible verifies that. One day this sin-stained, broken earth will be destroyed completely in order for the awesome Hand of the sovereign God to remake it. There will be new heavens and a new earth – perfect, redeemed, and wholly reconciled to God’s righteousness and peace. But that new earth is specifically remade for all who have put their trust in Christ’s sacrifice on the cross to pay the penalty of their sins, those who been adopted into His forever family.

But, of course, it won’t be TIME or Newsweek or any of the other politically correct vehicles telling you about that. No, for that sweet message you’ll have to go to an older, more trustworthy source.
Posted by DH at 3:20 PM