The Deathly Legacy of Socialism 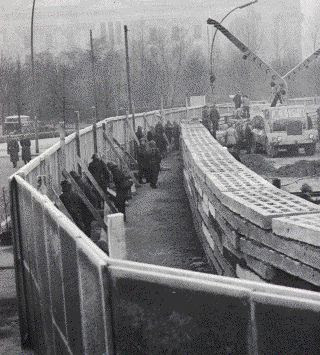 On this Throwback Thursday I think it’s relevant to remember just how ugly, barbarous, and enslaving Socialism actually is. On this day in 1962,  East German guards machine-gunned a young man who was making an escape attempt over the Berlin Wall into West Berlin. They shot him, shot him again, and then left him to bleed to death as horrified onlookers from the western side of the Wall begged them to provide help. It was just one of the many murders Socialism committed at the Berlin Wall…and that’s not figuring the millions and millions of others perpetrated in the 20th Century by Soviet Russia, her puppet leaders of Eastern Europe, Cuba, Vietnam, North Korea, and Communist China.

But more on this particular atrocity — It was on August 17, 1962, that two young men from East Berlin made their desperate break for freedom.  One made it, though suffering terrible cuts from the barbed wire. His friend didn’t. He was shot down by machine guns mounted on the East Berlin side. The young man fell, managed to struggle to the Wall itself, and began to climb over. The machine guns spat more flame and bullets as the man fell back screaming. For nearly an hour, he lay there bleeding to death and crying for help. West German guards threw bandages to the man while an angry crowd of West Berliners implored  the German “security soldiers” to do something to help the dying man. They did nothing and the young man bled to death.

The Socialists of the Soviet Union and East Germany always claimed that the Wall was a protection from the pernicious influences of Western capitalism and culture. Yet they murdered almost 80 people who tried to escape over that dastardly Wall during the years of its existence, 1961 to 1989.

No one was ever shot trying to enter East Berlin. For Socialism must use mind-numbing propaganda, comprehensive repression, and even deadly force to keep its population in line.
Posted by DH at 8:33 AM