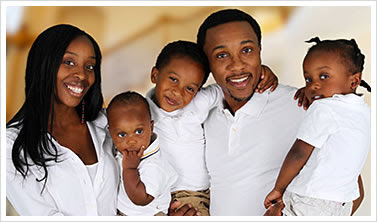 I was pleased to join with many Nebraska clergy and with pro-life, pro-family
leaders throughout the state in signing on to a letter written to the Nebraska Unicameral's members who are considering a very unhealthy bill, LB173.

As Nate Grasz, the Policy Director of Nebraska Family Alliance, describes it, LB173 would create “a protected class for sexual orientation and gender identity [which] would be unlike any other protected class. Plus, contrary to proponent claims, legislation like LB173 isn't used to stop discrimination - it's used to silence dissent. These laws empower the government to punish people who object to promoting messages or participating in events that conflict with their beliefs…Laws like this are used to punish people like Baronelle Stutzman. Baronelle is a 72 year old grandmother and florist from Washington. Baronelle declined to create custom floral arrangements for Rob Ingersoll's same-sex wedding, though he was a long time customer….It is our hope that the Nebraska Legislature will again reject this law so that good Nebraskans aren't forced to choose between their their livelihood and their sincerely held beliefs.”

The letter below was written by the good folks at Nebraska Family Alliance. It is an excellent one, one that I was pleased to sign AND which I suggest you use as an inspiration to write a similar letter to your own state senator.

We write as Christian pastors and faith leaders, representing thousands of Nebraskan families who worship in our churches, who support works of mercy and charity for Nebraska's poor and marginalized, and who contribute to the vibrancy, integrity, and common good of our state.

We write to express our common Christians convictions, especially as they pertain to LB173, a bill which you are now deliberating.

We also believe that human sexuality is properly expressed in the union between one man and woman in marriage.  This belief is common to religious traditions and philosophies around the world, and is held sincerely by people of good will across Nebraska.  We do recognize that our belief is not shared by all Nebraskans, but it is a fundamental component of our faith, and a belief deserving of respect in a pluralistic society.

The United States Constitution guarantees that all Nebraskans should be free to live and act in accord with the convictions of their conscience.  Religious institutions, family businesses, and private individuals should not be compelled to condone or participate in activities which violate their religious mission, or their sincerely held religious beliefs.  We believe that LB173 represents the potential to compromise the right of Nebraskans to religious liberty.

The protection of religious freedom is central to the ideals of our great nation, of our great state, and of all pluralistic democracies.  On behalf of families across Nebraska, we ask that as LB173 is considered, our fundamental right to religious liberty be respected.

Please be assured of our prayers, and our gratitude for your public service.