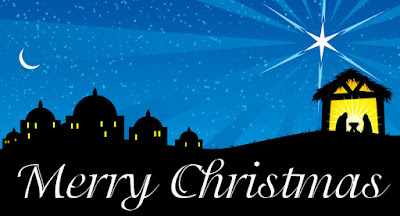 Last night was awfully cold and windy but, inside our home, those arriving for
the Vital Signs Ministries Christmas card party found a warm and welcoming atmosphere, stimulating fellowship with their pro-life colleagues, and carefully prepared resources to help make their advocacy efforts of the evening as effective as possible.

Claire had completed the transformation of our home, making it as pretty and Christmassy as ever. But the emphasis for the night was functionality and so we crammed in tables and chairs enough to take care of 17 of us. We poured the coffee and tea and started quickly to the task. I explained the resources available. They included letter targets, sample messages, and address sheets. There were also Christmas cards I had spent much of the day in preparing beforehand -- cards meant for 17 persecuted Christians in totalitarian countries. Using the remarkable website of Voice of the Martyrs, I had printed off a few Scripture verses and a couple lines of personal encouragement in the prisoners' own languages and pasted them inside each card. I ended up with 4 lovely, colorful Christmas cards with different verses and Bible verses for each prisoner and pasted them inside each one. That made for 68 different cards in all. All that was needed was the signatures and prayers of our guests.

But actually, that job came a bit later in the evening. We started out with prayers for wisdom and for God's protection of the cards while in transit and for each card to pack the power of the Holy Spirit to the recipients. Then we set aside the first first 20-25 minutes to put into Christmas cards our respect, appreciation, and Christmas goodwill to U.S. military veterans. My, how they took to that task! In fact, when we called time, 124 Christmas cards had been finished! We will be handing those out to the residents of the Eastern Nebraska Veterans Home and to select veterans in our December "When Swing Was King" audiences.

Next, we entered the freestyle phase of the evening as our letter-writing crew chose their own topics and recipients. Here's how that broke down. 11 message-bearing Christmas cards were sent to government officials in countries like Communist China, Iran, and Eritrea, urging greater religious freedom for people of faith and conscience. There were also specific appeals for justice in behalf of the persecuted believers in the VOM list.

Also in the works were 23 Christmas cards with requests to companies (like Wells Fargo, Chevron, Bath & Body Works, Energizer, Clorox, the American Cancer Society, and others) who support the mega-abortion corporation that is Planned Parenthood to immediately drop their support. On the other hand, we also wrote 23 Christmas cards expressing our thanks to companies that are friendly to Christian faith and family values like Belk, Interstate Batteries, Scheels, Hobby Lobby, and Chick-fil-A.

27 of the cards had messages to our political leaders Donald Trump, Mike Pence, Ben Sasse, Deb Fischer, and Don Bacon. They offered congratulations and promises of prayer support but they also urged quick action on priorities. Chief among them? The defunding of Planned Parenthood. And finally, 6 Christmas cards expressed the sentiments of the season to Christian heroes Franklin Graham and Joni Eareckson Tada.

That made for a total of 283 Christmas cards!

Plus there were a few taking resources home to help with their prayers and a few more letters.

It was a terrific night.

And, as always, we are praying that others (like you reading this post!) will be moved to let us help you and your friends, church, Sunday School class, Bible study, put into motion your own letter-writing party and thus make way for light shining, truth telling, and prayer stimulating public witness through letters. (Indeed, one invitation has already come through! Who will be next?)

Our deepest thanks to all who made the Christmas card party such a fantastic night of fellowship and ministry -- Pat Osborne, John & Barb Malek, Perly & Sandy Schoville, Don Kohls, Mary Roberts, Allen & Cindy Nelson, Karla Struble, Keith & Carol Moran, Ruth Denzler, and Quint and Carol Coppi. You guys were super!