"When Swing Was King" in Texas 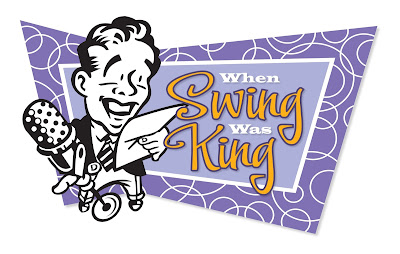 Our “When Swing Was King” road trip had a swell start – really swell.  The blessings began with a very pleasant drive to Texas, the highlights of which were a brief visit with my sister Sherry in Wichita; a night’s stay in Lawton, Oklahoma; listening to an audio tape of “Cheaper By the Dozen;” and the decision to take a lonely but very scenic route on down through Texas to San Antonio. Here we have been delightfully hosted all week by our dear friends, Bryan and Janet Lilius at their home in the Hollywood Park district.  We arrived a little after four on Saturday and started right in catching up.

The following morning (Easter) we enjoyed a very moving worship service at the nearby Southern Baptist church that Bryan and Janet attend. There was good preaching, very friendly people, and terrific music: hymns, choir, and a small orchestra with plenty of horns – a perfectly regal sound for Resurrection Day! Preceding that service I was honored to present a talk entitled “The Resurrection: What’s It Got to Do with Me?” to one of the adult Sunday school classes.

After church Claire and I were further honored to be invited to an Easter celebration/birthday party/family dinner with the family of Katie and Polo Sotelo at their home in north San Antonio.  Polo’s mother and brother from Mexico were on hand as were the 8 Sotelo kids, ranging from 3 to 23.  We had a wonderful afternoon and it was so great to see how the Lord has worked in Katie’s life since the days we knew her as a young girl.  Lord, please continue to pour out Your blessings on these dear ones.

We returned home in time for me to get one of my 7-mile walks in around Hollywood Park, Claire joining me for part of the trek.  The evening was rounded out with good conversation before heading to bed.

Monday morning was spent with breakfast, some grocery shopping, and a brief visit to the first of the senior facilities where we were to present a “When Swing Was King” show the following day.  We then took off to see San Antonio’s biggest attractions – the Alamo and the famed River Walk.  We enjoyed both very much and we used the well-developed and pretty surroundings to get in our walking for the day.  Believe me, the scenery was certainly superior to the parking lot course I use at home!  Plus, it was sunny and wonderfully warm. We came home for a barbecued steak dinner and a William Powell/Myrna Loy movie before calling it a day.

Tuesday began with breakfast and more catching-up conversation with Bryan and Janet at their home. Bryan then took me to lunch with several of his church friends and we had a nice time of conversation about the church, our ministry, and what was happening in the guys’ lives. After that, we had the first of our 5 “When Swing Was King” presentations scheduled for San Antonio.

Unfortunately, the activities director we had met the day before didn’t even show up until the program was almost over and there was no staff member to oversee the residents, something we always require at home when our audience members require nursing care. Also, there hadn’t been any promotion of the event that we could tell. However, just the fact that strangers were on the scene created interest and, because we were quick in setting up, Bryan, Claire and I had time to move several residents into the hall who otherwise had nothing to do but sit around. By the time we were ready to start, our audience had grown to 20-25 and we had a splendid time.  It was, in fact, the typical “When Swing Was King” response: tapping feet, voices singing along, great stories of memories rekindled, plenty of warm thanks, and invitations for us to come back soon.

That evening I got in another 7-mile walk before we all went to dinner. At the restaurant Janet spied a couple of ladies from the neighborhood that she invited to the Thursday afternoon home show of “When Swing Was King” and they eagerly accepted. Cool.

On Wednesday we had a morning “When Swing Was King” show at another senior care facility and it went extremely well. Great setup, friendly and helpful staff members, and 22 people who were more than ready for a sentimental journey back to the big band era. We had some particularly memorable conversations with residents afterward. For instance, I asked Vern about the Bible he was carrying and that led to a discussion about the enduring joy of knowing you are born again.  Claire and Bryan spoke with Alise, a Parisian who had married an American G.I. during World War II. Her husband had passed away just two months ago and she was struggling with not only that loss but some other issues. She confessed she hardly ever smiles anymore. However, she enjoyed the music and the pictures a lot and, after telling me the story of falling in love with her husband at a dance, her broad and bright smile was on full display. I told Alise how beautiful she looked when she smiled and how much I appreciated it. And, while one of the aides stood alongside, I told her how much pleasure her caregivers would receive if she smiled more. And as the aide agreed and gave her a little hug, Alise, smiling as much as before, promised she would. Thank you, Lord.

On Wednesday afternoon Bryan and Janet’s youngest daughter Katie came by with four of her daughters to visit. We had planned to go to the River Walk again but it was raining. So we ended up doing something even better – Claire enlisted the girls’ help to make chocolate chip cookies (Claire’s traditional recipe…very non-Paleo) and almond flour chocolate brownies. Amid the bustle, there was plenty of conversation and laughter, stories featuring Katie when she was a girl, eating the cookie dough, and Janet sewing a cape for Ellie’s super-powered sheep, (Don't ask.) It was a fun afternoon with Claire and Janet doing a great job overseeing the activity.

That evening was a quiet one. Bryan and Janet went to a church dinner and Bible study. Claire and I did some grocery shopping, fixed dinner, did some reading, and turned in early.

I decided to take my walk early on Thursday (6:30) and so was done, showered, and ready for breakfast by 9. That was good because we needed to take off for our next “When Swing Was King” at 10. We had extra help getting the residents in and we eventually had a large gathering. The show was well received even though we had a technical glitch about 2/3 of the way through. But we managed to get through it okay and the show ended strong. After the show, we were pressed for time as the staff members needed to set up for lunch. Still, we were able to get in some good conversations with a couple of brothers from Israel, a former pastor who so appreciated the program, and a dear lady from the Lilius’ church who is 106.

The next item on the agenda (still on Thursday) was an in-home “When Swing Was King” presentation because Janet’s current health condition had prevented her from attending the others.  So she invited 9 special friends to her home and prepared a wide array of delicious treats for them to enjoy during the show. Two neighbors had to cancel at the last moment but all the rest came with great interest in the outreach. With this group we were also able to talk about the origins of the ministry, its philosophy, stories from the past few years, and so on. It was a terrific afternoon but the pace of the day must have tired us all out because right after dinner (at a local burger place named Chester’s) we headed for bed.

We were scheduled to join Katie and her daughters for a return downtown on Friday morning to ride one of the tourist boats that work the San Antonio River. But the weather forecast included more of the rain and high winds that the area had experienced the previous night. I had managed to get my walk in before breakfast (Claire joining me for a couple of miles) but the sky still looked a bit iffy. But we decided to try it and we were really glad we did. The girl running our boat was very informative and personable; the River Walk was lovely; and spending time with Katie’s family was a lot of fun. However, there was still a bit of rain and the winds were quite strong, strong enough to bring a fairly large tree limb crashing into the river right in front of our boat. By the time we finished and tied up to the side, the powers that be decided it was too dangerous and shut the boats down until the winds died down. We bought some postcards and then left to meet Janet at Chik-fil-A for lunch.

Our afternoon “When Swing Was King” was at a facility specializing in memory care. There a few family and friends joined with about a dozen residents for our 5th and final program of the week. It went great. The activities director was the most involved we had met so far and the responses from the residents were among the most moving. We were so glad Bryan and Janet set this one up for us and it was a great way to close out the San Antonio leg of this “When Swing Was King” road trip.


Tonight we will have dinner, pack up for Oklahoma City, and spend some time praying together with our dear friends before having to take our leave from them early tomorrow morning.
Posted by DH at 5:17 PM