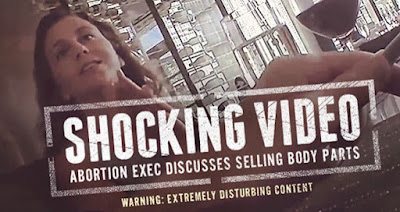 On July 14, the Center for Medical Progress began releasing a series of videos about the Planned Parenthood abortion clinics. Reporting for the video project was done undercover and took place over the course of several years. The videos feature executives and staffers at Planned Parenthood and affiliated businesses discussing and demonstrating human organ harvesting and the fetal body part trade. Some of the discussions and footage taken inside abortion clinics is quite graphic.

The journalism project immediately went viral, with millions of people watching the videos. But the media have largely struggled to even mention the videos and what they show. When presidential candidate Carly Fiorina mentioned the videos during the 2nd GOP presidential debate, the media claimed to have no idea what she was talking about. The weak media coverage has left many Americans in the dark about the content of the videos. And sloppy reporting has led to misinformation about the videos.

Here’s a quick and easy guide to the 10 videos that have been released thus far and what they show.

Read the entire text and see the relevant video evidence of Mollie Hemingway’s article, “A Quick And Easy Guide To The Planned Parenthood Videos” published by the Federalist right here.
Posted by DH at 8:39 AM