Obama's Mess in the Middle East 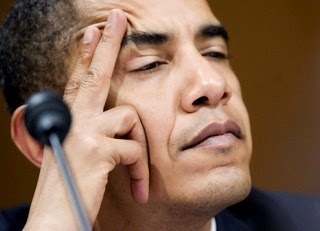 Michael Doran, a senior fellow at the Hudson Institute, a former deputy assistant secretary of defense, and a former senior director of the National Security Council has written a very lucid, very important article for Mosaic. "Tectonic Shift in Obama's Iran Policy" details how Barack Obama's shameful nuclear deal with Iran is just the beginning of a whole lot of trouble. The president’s goal, at the expense of America’s allies, is full-fledged détente with Iran.

I print a few paragraphs below but, believe me, you'll find the full article very helpful in understanding the mess our president is creating.

Exaggerating the successes of Lausanne may have been a savvy maneuver against the president’s domestic critics, but it weakened his hand against the Iranians by telegraphing his deep personal investment in the negotiations. Failure to get a deal would now be a major embarrassment. Knowledge of this fact gave Khamenei an opening, which he exploited with his defiant speech. Not so fast, the speech signaled to Obama. In order to get the agreement that you’re already celebrating, you must pay—in the form of more concessions to me.

If past behavior is anything to go by, Obama will give Khamenei what he wants. Indeed, American concessions have propelled the negotiations forward at every stage…

One of Obama’s greatest diplomatic successes is to have persuaded much of the world, including many of his critics, that the primary goal of his Iran diplomacy is to negotiate a nuclear arms-control agreement. In fact, the primary goal is détente with Iran.

In the president’s thinking, détente will restrain Iranian behavior more effectively than any formal agreement. In addition, it will also open the way to greater cooperation with Iran on regional security. Détente will permit the United States to pull back from the Middle East and focus more on its domestic priorities. Finally, it will vindicate Obama’s ethos of “engagement,” which he sees as a superior alternative to the military-driven concepts of American leadership championed by his Republican opponents. In short, détente will secure Obama’s legacy.

By contrast, Khamenei is pursuing highly specific goals. Three stand out above all others. He is seeking, first, to preserve Iran’s entire nuclear infrastructure; second, to repeal the sanctions on the Iranian economy; and third, to abolish the international legal regime that brands Iran a rogue state. In all three areas, Obama has already satisfied his core demands…

The disarray and atomization among the anti-Iranian states in the Middle East means that they (like the American Congress) will likely prove incapable of mounting a decisive opposition to Obama’s détente. But their inability to stop it does not mean they will ever accept it. They will remain dedicated to contesting Obama’s policy, and they will continue to fight back against Iran and its proxies in Yemen, Syria, and Iraq—not to mention new venues that will appear over time.

Détente, therefore, will deliver disequilibrium, the exact opposite of the effect intended. By negotiating an arms-control agreement, the president has shifted the tectonic plates of the Middle East order. And for tectonic plates, it takes a move of just inches to level whole cities.
Posted by DH at 8:42 AM