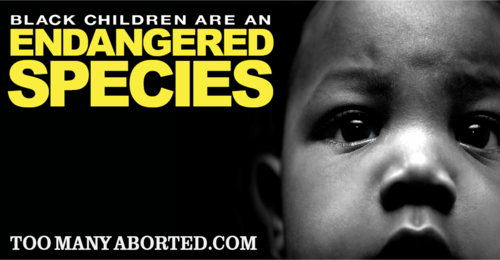 “Planned Parenthood, founded by outspoken eugenicist Margaret Sanger, has led the charge on promoting abortion among the African American population for decades. Since 1973, over 13 million black babies have been aborted, with African American women more than four times as likely to have an abortion than non-Hispanic white women (Hispanic women are 2.7 times more likely than whites). In 2012, there were more black babies killed by abortion in New York City than were born, while the total number of African American abortions comprised 42.4% of abortions performed in the city that year.”