The Left Is Lying About the Hobby Lobby Decision. 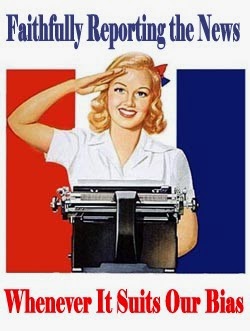 The Democrats are desperate. Therefore, the media is desperate.

Barack Obama and the Democrats have disillusioned, depressed and disgusted most American voters with their outrageous (and innumerable) public policy failures. Thus, the November elections represent a minefield for them. They have no issues — absolutely none — they can run on.

The economy? It’s a shambles. Energy? Gas prices are soaring and it’s going to get worse. Immigration? Just look at the border. Justice? This is the most secretive and scandal-prone administration in history. Foreign affairs? We’re losing face and losing our grip everywhere in the world. Health care? It’s a disaster of unmitigated proportions. Crime? Off the charts.

Everywhere one looks, the Democrat brand is tied to arrogance and incompetence.

They need something. Even if it has to be forced, concocted from half-truths and outright lies. Something like the infamous “war on women” that Democrats love to blame Republicans for. And so, the White House, Hillary Clinton, Pelosi/Reid & Company, and the press are trying to make hay out of the Hobby Lobby decision.

It’s nothing. But it’s all they have. And they will plump it up, puff it out, and push it incessantly from now till November.

Therefore, it’s up to you and me to tell the truth to our friends, family and the editor of the local paper. Tell them plain. Tell them kindly. But tell them over and again. Here’s the basic points.

1) The Hobby Lobby decision did not restrict anyone’s access to contraceptives. It didn’t even restrict anyone’s access to those so-called contraceptives that are actually abortifacients. Yes, I know the media is saying the very opposite but they’re dead wrong. And they know it. For the clear proof can be found by walking into any Walmart and just scanning the shelves. All of those products are right there for purchase by anyone. The Hobby Lobby decision changed nothing in this regard.

So much for restricted access. It's just a lie.

2) The Hobby Lobby decision allowed the company to refuse to pay for 4 particular products in the insurance policies they give to their employees. That's only 4 out of the 16 they did pay for. And they didn’t give objection to paying for those other 12 products. Is the White House mentioning this? Is Hillary or NBC News bothering to tell this to the public? Of course not.  But note again -- the company isn’t involved in restricting anyone’s access even to those 4. They are still right there on the shelves of Walmart and CVS and many local supermarkets. The Court decision only said that Hobby Lobby's insurance doesn't have to pay for them. The Democrats and the media want the public to think that free access means free…period.

As Jonah Goldberg asks the Democrats, “If birth control is ‘not your boss’s business,’ why do you expect him to pay for it?”

3) Hillary Clinton is bursting with manufactured rage at the Hobby Lobby decision because it treats American law (specifically, the Religious Freedom Restoration Act which her husband signed) with deference and respect. So why are you so enraged now, Mrs. Clinton? You and your husband applauded that law then and it contained much more generous conscience protections for employers than those of the Hobby Lobby decision. Indeed, the former reads, “Nothing in this title shall be construed to . . . prevent any employer from contributing to the purchase of a standard benefits package which excludes coverage of abortion or other services, if the employer objects to such services on the basis of a religious belief or moral conviction.’

As Ramesh Ponnuru over at NRO quips about Mrs. Clinton’s new position, “Now we’re supposed to believe that favoring a weaker conscience protection makes you the American equivalent of the Taliban.”
Posted by DH at 2:07 PM