Change the Language, Change the Culture: Chemical Abortion & Beyond 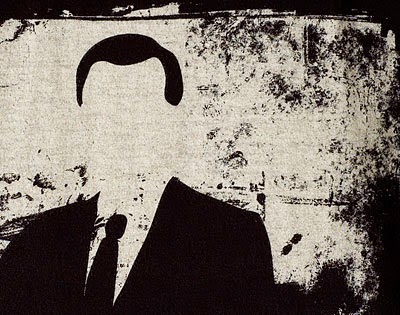 Progressives who desire to transform society understand that to change the culture, you must first change the language in which the issues are framed.  For instance, the violent, immoral and lethal act of elective abortion was eased into the social landscape by calling it a “voluntary interruption of pregnancy” or “an evacuation of uterine content” or the “restoration of normal menstrual function.”  The change in language helped propel the change in practice.

It wasn’t rational.  It wasn’t right.  But, for passive people who had already surrendered much of their Christian heritage, their thinking, and their moral code for the self-centeredness of secularism, it worked.

Another vivid illustration of how a language shift produced a dramatic culture shift took place earlier in time and it too concerned abortion; more specifically, early abortion caused by chemicals and devices. It was prompted by the collision of physical science with the ideologies of the sexual revolution and population control movement.

Now, the science itself couldn’t be clearer and any embryology textbook will lay out the facts. Conception occurs when the sperm fertilizes the egg.  It is at that very moment that a new life begins. After that, it's all about growth and development, baby.  The science cannot change.  But language?  That’s another thing altogether.

The language employed to describe human reproduction first began to change in the 1960s when population control advocates were looking to sell so-called "birth control" chemicals and devices among cultures that had a high respect for prenatal life. The problem was that the action of the pills and IUDs acted (at least some of the time) subsequent to conception. That is, they didn't always prevent conception but they did prevent the embryonic human being from developing any further. And that is abortion.

The primary techniques utilized by these misnamed drugs and devices was to prevent the developing person (already begun at conception and now growing quite rapidly as he or she made their way down the Fallopian tube) from implanting in the wall of the cervix or, if implantation did occur, to dislodge the embryo from its new home in the womb. But this is all after conception. These drugs and devices destroy lives that have already begun.

Again, the science couldn't be clearer.  And the science itself cannot change.  So the progressives went after the words. The population control advocates (and others who wanted to promote the sexual revolution) pressured groups like the American Medical Association to change the definition of conception, to move it further down the line from fertilization.

“Put the new definition of conception anywhere you want,” the progressives insisted, “as long as it's after the abortifacient action that these new drugs and devices utilize. You see, we can't push the product if people realize they act post-conception. They don't want abortion on their conscience. So shift the definition so that we can sell them as preventing pregnancy rather than stopping a pregnancy that's already underway.”

And that's exactly what happened. Though it makes no scientific sense, though it's a lie of the most sinister proportions, the definition of conception was disconnected from fertilization and linked instead to the embryo's implantation in the uterine wall. The effects of this lie have been universally damaging to life, health, family and culture.

Of course re-defining conception isn’t the only case where changing language was a sinister prelude to cataclysmic social change.  We see the tactic used everywhere in the culture wars.  Indeed, we live in an Orwellian world in which lies, distortion, omission, manipulation, and obfuscation fill the very air we breathe.  It is an atmosphere whose pollution is added to daily by politicians, academia, Hollywood, judges, Madison Avenue, the mainstream press, and the diversity classes your employer nowadays requires you to attend.

Behind all of these sources is the father of lies, he who has been wickedly determined (from his first rebellion against God until now) to blind men’s minds, to spread lies, to hinder the proclamation of truth, to call evil good and good evil. But man has given the devil a lot of help.

In stark contrast, the faithful Christian calls things by their right name. No snow. No spin. No shuck and jive. We are called to be truth-tellers, light-bearers, and prophets – courageously, consistently and, as winsomely as possible, speaking the truth in love.

In this post-Christian phase of American history, there are certain lies which need to be opposed with particularly intense and concerted efforts. And among them are the ones I’ve described in this post. They are lies that have ushered in the silent holocaust of abortion as well as such corollary evils as physician-assisted suicide, lethal human experimentation, infanticide, and the coarse cheapening of human life throughout all levels of society.

It was to help counter this dissembling culture of death that Claire and I formed Vital Signs Ministries more than 30 years ago. And, because the liars and cheats haven’t gone away, it is what we’re still about today. Today we call things by their right names primarily from VSM’s web page, Vital Signs Blog, essays and correspondence, the pulpit, sidewalk counseling, personal visitation, the 11 presentations per month of “When Swing Was King,” networking with other pro-life and pro-family groups, letter-writing events, mentoring, public advocacy, and special events. And, of course, undergirding all of these things are the faithful prayers and generous support of dear friends and colleagues like you. Thank you so much.
Posted by DH at 7:17 AM