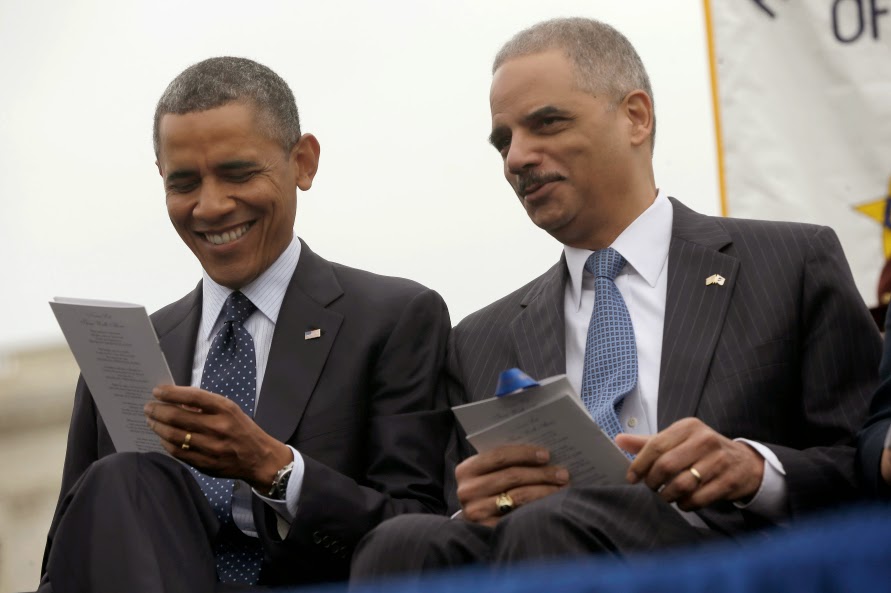 Yes, Eric Holder is at it again.

In yet another outrageous act demonstrating hypocrisy, irresponsible partisanship, and a brazen dedication to protect the crimes of the Obama administration, Holder has refused to appoint a special prosecutor to investigate the IRS's illegal targeting of conservative groups. Instead, he's standing behind the appointment of a lifelong Democrat loyalist who has been an enthusiastic (and generous) supporter of Barack Obama.

It is the height of hypocrisy for the Obama Administration to claim that the investigator leading the investigation into the IRS's illegal program has no conflict of interest. The investigator is a partisan Democrat who has donated over six thousand dollars to President Obama and Democrat causes. Just as nobody would trust John Mitchell to investigate Richard Nixon, nobody should trust a partisan Obama donor to investigate the IRS's political targeting of President Obama's enemies. Sadly, "in the discretion of the Attorney General," Eric Holder has chosen to reject the bipartisan tradition of the Department of Justice of putting rule of law above political allegiance.

The integrity of the Department of Justice deserves better. The American people deserve better.

Add your voice to Senator Cruz' by telling your Congressman, Senators, and local newspaper and TV stations what you think about Eric Holder's arrogant cronyism.