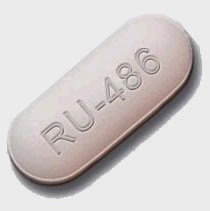 An Associated Press story reports that "Abortions in Nebraska have fallen to at least a 20-year low." Unfortunately, the article reveals the pro-abortion bias common with the AP (such as an overt skepticism towards pro-life leaders while touting contrary views) but, more important, it fails to honestly discuss the most relevant fact of all.

It is only surgical abortions that are counted in these official tallies. Those abortions performed using various drugs (drugs which the article repeatedly and inaccurately refer to as mere "birth-control" and which are increasingly the means of choice of Planned Parenthood and other abortionists to "terminate" pregnancies) are not counted by state health officials.

America's downward trend in the abortion rate over the last two decades certainly involves several factors, including the effects of pro-life laws, the spread of pro-life education, the increased awareness of fetal development through ultrasound and fetal surgery, and the compassionate work of pro-life pregnancy aid centers.

But the main reason the abortion numbers are down is that the numbers are conveniently cooked. And that manipulated math not only provides cover for the chemical abortion industry, I'm afraid it too often provides false comfort to pro-life advocates.

The preborn children who are killed by chemicals like RU-486 and the "morning after" pill, let alone the vast numbers whose lives are ended by the abortifacient properties of the misnamed "birth-control" pill itself, deserve to be counted. They deserve to be mourned. And they deserve our best efforts and persistent prayers to prevent other preborn boys and girls from falling victim to the same cruel chemicals.

If you're interested in knowing more, including how to best communicate to others the dangers of abortifacient drugs, please check out these sources from Vital Signs Ministries:

"The Profane Politics of RU-486

(This post originally appeared here August 26 of last year.)
Posted by DH at 9:25 AM