AWOL for the Academy Awards 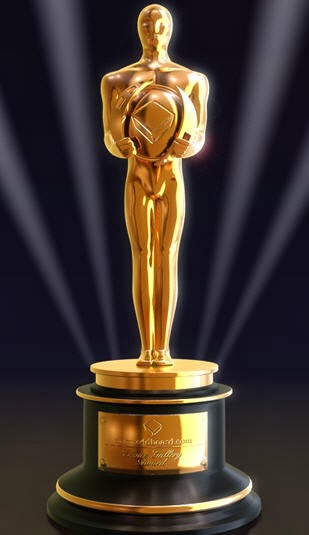 Well, okay. I'll come clean. The last Academy Awards show I watched was in 1966 and I was in the 9th grade. I remember that Lee Marvin was named Best Actor that year for his dual role in “Cat Ballou.” I was pleased because I had actually seen that movie.

I’ve missed most of the Hollywood movies since then.

As a matter of fact, I checked through the list of the films nominated for Best Picture awards in the last 30 years and discovered I had seen…get ready…5 of them.

In 1984 Claire and I saw “Amadeus.” I didn’t like it. The history was lousy and the acting self-indulgent and overdone.

1995 is a puzzling year because I actually saw three of the films nominated for the top prize: “Braveheart,” “Apollo 13,” and “Babe.” The only one that made a lasting impression was “Babe.” I watched it again (years later) on video and liked it just as well.

And then the last movie I saw that was nominated for Best Picture was “Seabiscuit” in 2003. I didn’t care much for this movie either. The book by Laura Hillerbrand was absolutely fantastic. But the movie…well, let's just say that the movie wasn’t.

Hmm. 30 years of the most highly acclaimed films in the land and I’ve only seen 5.

Why this deprivation, this denial of what so many Americans consider the primary artistic arena of their lives? (Well, not counting television, of course.) It’s simple. It’s not because I’m Amish and it’s certainly not because I avoid taking my Christian faith into the crucible of the public square. Rather, it’s because I have a distinct preference for books, for social activity, and for quality films — think 1930s and 1940s.

Oh yes, there's one more important factor. I have a strong desire to keep my morals, emotions, and moral convictions unsullied by the cultural propaganda of modernity.

So, yes, I’ve missed the Academy Awards again. And I’ve missed yet another year of going to the movie theater.

If only Hollywood would consider a re-make of "Babe."
Posted by DH at 10:00 AM