I know the graphic below is just a picture but it certainly makes one think quite differently about those continual alarms about how Planet Earth is collapsing under the sheer weight of way, way too many people.

This isn't to say that there are not extremely serious problems we need to tackle -- hunger, health, housing, poverty, crime, and spiritual desperation -- but it does underscore that the problem is NOT the number of people the earth contains. So, please...can we not finally stop the counter-productive efforts that fly under the flag of "population control" and get to work instead on the true needs of hurting people? 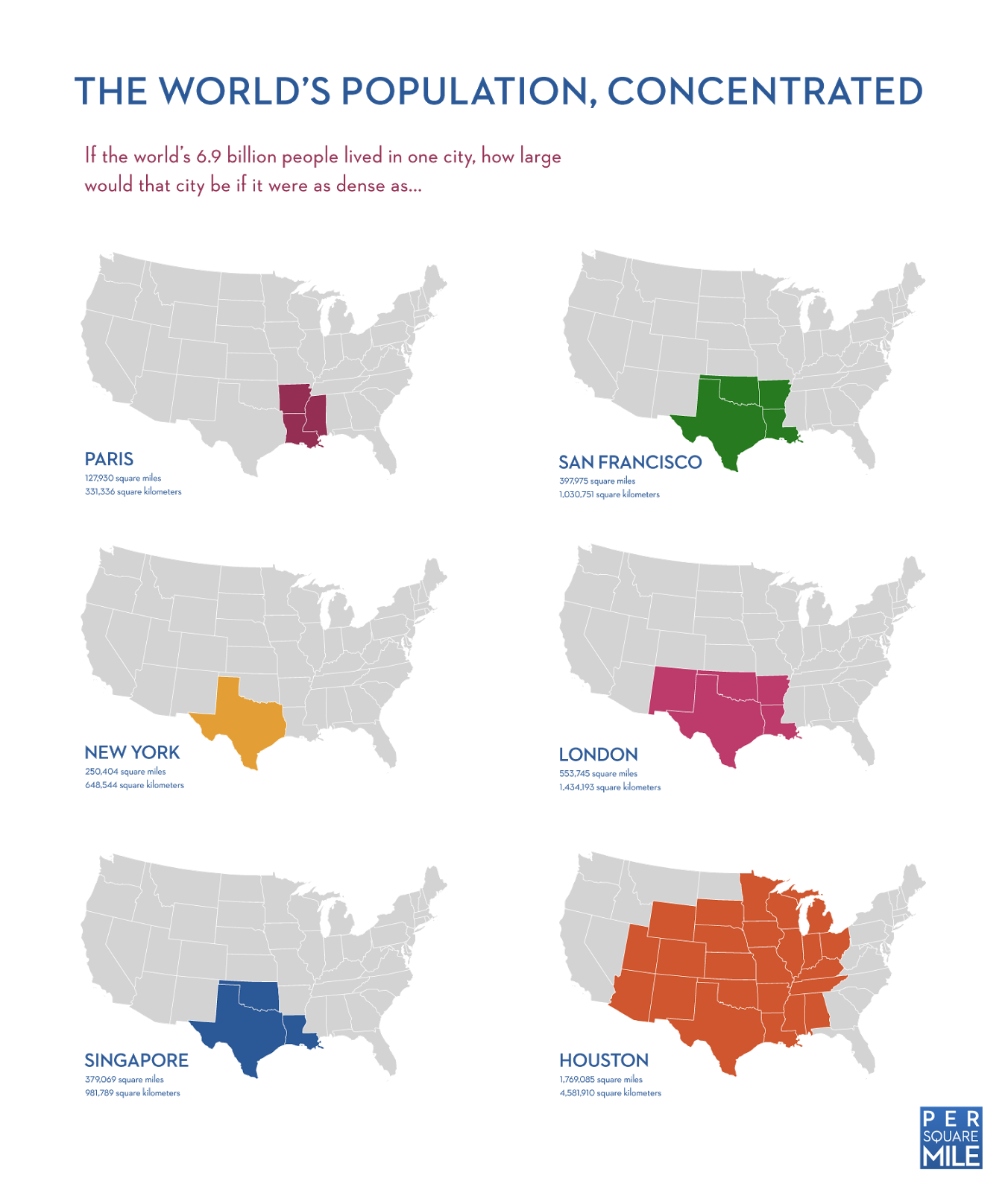