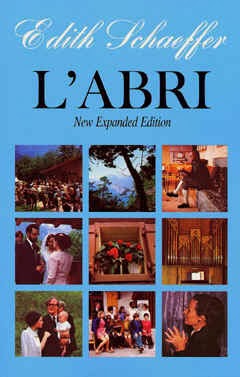 In addition to the plenary sessions that everyone attended, there were elective lectures in between. And there was a lot to choose from — 10 each morning and afternoon. Claire, Pat and I all made sure to select different speakers and to take careful notes in order that through discussion later we could receive the most information.

Pat chose “The Hidden Power of Shame” by Richard Winter, “Recovering Our Humanity: Ambition Amid the Ordinary” by Zack Eswine, “Shallow Believers: How Technology Hurts Us” by Hans Madueme, and “The History and Celebration of the African-American Spiritual” by Ruth Naomi Floyd. He found them all of value.

Her take on those sessions? Here it is.

It was a very stimulating two days up in Rochester at the L’Abri Conference.  Pat, Denny and I decided that, with all the offerings for the break-out sessions, we should all go to different ones and then compare notes.  Deciding which ones to attend was really difficult sometimes and we often were pulled to the same one, but we knew that a “dividing to conquer” strategy was best.

One of the best electives I attended was Larry Snyder’s presentation about the threat that technology represents to a Christian’s life.  I wanted to go to this one, in part, because I have already seen so many negative effects of modern technology on culture, family life, the mind and emotions of individuals, and so on.

There was a humorous (and ironic) start to the lecture when Mr. Snyder couldn’t get the Power Point to work properly! Technology as a threat, indeed. And, naturally, it took a young fellow to get things up and working.  But when it did, Mr. Snyder had a lot of evidence from both secular and Christian sources about how technology is shaping our ideas, our religious practices, our social life, even the ways our minds work.

He reviewed some of the new scientific discoveries of how technology is affecting the human brain and he also dipped into social scientists like Neil Postman (author of Amusing Ourselves to Death and others) about the manipulative powers of television. From Postman, he gave us a new word “Technopoly” which basically means that “culture seeks its authorization in technology, finds its satisfaction in technology and takes its orders from technology.”

Other perspectives on the problem were brought in from more creative writers — Huxley, Orwell, and T. S. Eliot. In fact, one of my favorite parts of the lecture was Mr. Snyder quoting from Eliot’s “Between a Rock and a Hard Place,” a quotation that Mr. Snyder told us had presented a spiritual turning point for him as a young man.

And, considering the impact of technology now, T.S. Eliot hadn’t seen anything yet!

Unfortunately, time got away from Mr. Snyder. (From what Denny, Pat and I experienced, that was a shortcoming for almost all of the break-out speakers.) But he was able to quickly pass along a few valuable applications as he ended.

* Give your full attention to whomever you are with.
* Do what is right and good.
* Delight in the power of the Gospel.
* Remember the longer narrative story you are a part of.
* See all things through the lens of common grace.
* Live in the presence of the One Who matters.

Now to the others...

Dr. Sugimoto’s presentation (very relaxed and fun) was infused with his experiences in working closely with  Edith Schaeffer at the Swedish L’Abri during those last years of Francis’ life and in helping with the move to Rochester.  He talked about how Edith and Francis saw truth and beauty in creation and in art of all kinds.  Edith was an artist herself and used her talents in very practical ways.  For instance, Edith wanted to make the meals (food and table) beautiful.  She used flowers, moss, whatever was on hand for her designs.  Even the food arranged on a tray for handouts to visiting hobos needed to be with done with hospitality and artistic flair! But, of course, Edith’s contribution to L’Abri was more than preparing meals.  She was the force behind the great prayer emphasis there.   And her focus on each person and their story was invaluable to what made L’Abri work.

John Hodges’ session was more academic.  He had a wealth of information on T. S. Eliot but not nearly enough time to present it all.  He was very knowledgeable, not just of Eliot, but the prevailing worldviews of the time.  Hodges asked questions, engaged the audience in the meaning behind excerpts from The Waste Land, and read (quite movingly) certain stanzas from Eliot’s works.  He had mentioned early in the lecture that we would explore The Waste Land, Eliot’s most famous pre-Christian work (1922) and Four Quartets, his most substantial post-Christian work (1937-1943). But we ran out of time. I'll have to go back and read them on my own.

Jerram Barrs’ presentation of “Spirituality in The Hobbit and The Lord of the Rings” drew a large crowd because of the immense popularity of these works...and because he is an engaging, learned Christian man. From the very beginning, Professor Barrs’ wealth of knowledge and love for Tolkien was very clear. He went through intriguing themes of the Tolkien works: Echoes of Creation, Echoes of the Fall, Echoes of Redemption and Echoes of Consumption.  He talked of good and evil, courage, fellowship, readiness for self-sacrifice in all the main characters, joy and sorrow.  Sometimes when Professor Barrs was reading passages or showing drawings from the works, he would get a little choked up.  And, for those of us who have similar experience when delighting in Tolkien, it was endearing.

In brief, I found all of the elective sessions of value -- though most were a bit disorganized. Still, I enjoyed them all. And I'm awfully glad I accompanied Denny & Pat on this trip to the Rochester L'Abri conference.
Posted by DH at 12:59 PM