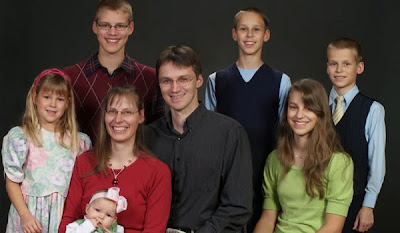 Ronald Reagan electrified the world when he demanded that the Berlin Wall be torn down. Barack Obama is helping to build a new one, even as the German government begins rounding up members of a despised religious minority.

The Romeike family was granted asylum in the United States because the German government was intent on wresting away the children and putting the parents in cages for the crime of homeschooling their children, which is verboten in Germany, a legacy of the country’s totalitarian past.

Homeschooling terrifies the Left because the Left is at its core totalitarian, seeking to bring political discipline to every aspect of life — and control of education is essential to that project. The public school is in miniature what the Left believes the world should look like: Everybody arranged in orderly rows and moving about on an orderly schedule punctuated by bells, being taught about diversity and climate change by nice union ladies who also lead them to their federally subsidized lunches. If you can say “no” to that, you can say no to any part of the Left’s vision. Homeschooling is an existential threat to the privileged position of the institutional Left. The schools are the factory in which it manufactures its future clients…

Oh my, Kevin Williamson nails it. Read the whole of his essay, “Don’t Destroy This Family: Germany persecutes homeschoolers, with an assist from the Obama administration” over at NRO.
Posted by DH at 10:04 AM