Defending Abortion By Comparing It to the "Violence" of Childbirth 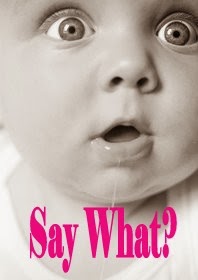 Is there no rationalization that intensely pro-abortion believers won’t indulge?

Now, Nina Burleigh has equated the rigors of childbirth with the violence of baby murderer, Kermit Gosnell. From her column in the New York Observer: “The murder conviction of quack abortion doctor Kermit Gosnell for scissoring viable fetuses to death propelled a new effort to demonize abortion generally. Even moderates like Ross Douthat used the event to remind people how violent and gruesome late-term abortions are when performed by competent doctors, failing to note that childbirth itself is a violent and gruesome event too.”

Born babies are not, by definition, “fetuses.”

Childbirth is certainly intense, but not “violent” — at least in the generally understood meaning as “involving physical force intended to hurt, damage, or kill someone or something.” But late-term abortion definitely comes under that definition.

Radical feminists complain that our “patriarchal” society reflects fear and loathing for female biological functions. But they are the ones.