What Will We Learn from the Obama Experiment? 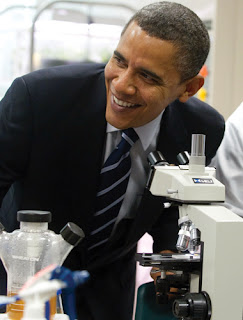 What will history make so far of our five-year voyage with Barack Obama? What will it make of hope and change — other than a sort of hysteria of 2008 that was a political version of the Pet Rock or the Cabbage Patch Doll derangement? Did we really experience faux-Greek columns and Latin mottoes (vero possumus) as Obama props to usher in the new order of the ages?

What exactly made David Brooks focus on trouser creases, or Chris Matthews on involuntary leg tickles? How could any serious person believe a candidate who promised to change the very terrain of the planet? Why would sober critics declare a near rookie senator “a god”?

Only as America slowly sobers up from five years of slumber can we begin to fathom Obama’s likely legacy — which is mostly wisdom acquired only from pain.

Liberals always had thought a right-wing bully president would erode civil liberties. How ironic that a charismatic, post-racial, self-described “constitutional law professor” has done more damage to our Constitution than has any president since Richard Nixon. Had the AP, IRS, or NSA scandals occurred during the Bush second term, congressional Democrats would have been calling for impeachment.

The old controversial presidential signing statements of the past are mere misdemeanors compared to Obama felonies of declaring settled law null and void, from the employer mandate to the implementation guidelines of Obamacare to exempting pet businesses and congressional staffs from the requirements of the law. A president can now decide not to enforce the Defense of Marriage Act, or grant pre-election, de facto amnesties. Why, then, pass laws in the first place? The idea of political opponents being audited by the IRS or critical journalists having their phones monitored will be Obama’s Nixonian legacy. After Obama, one of two things will happen: either the presidency will be redefined as a sort of super-executive that can both make and enforce statutes, or a constitutional reaction will set in, and Obamism will be cited as a danger to the republic that we wish in the future never to repeat…

Don't stop now. Victor Davis Hanson has much more to say in one of the best political commentaries in recent days. The article is over at PJ Media, "Learning Through Pain."
Posted by DH at 8:52 AM