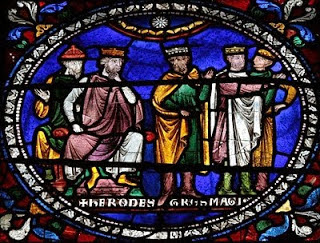 From a purely logical point of view, the Advent of Christ occurred at a most inconvenient time and in a most inhospitable place. The details of this scheme certainly would not have been cleared by professional planners or modern-day management consultants. I mean the circumstances seemed so wrong.

Caesar Augustus, the ruler of the Roman world into which Jesus was born, was no friend of religious freedom. Indeed, he was a tyrant of the old school who used repression, intimidation and violence as effective controls over the populations he dominated. And his underlings in the chain of command? Just as bad. Quirinius, the governor of Syria was a thug and Herod, the Roman-acclaimed King of the Jews who controlled Palestine, was a vicious assassin.

This then was the hostile, unstable, sin-sick political situation into which God sent His Son for His plan of redemption to be acted out. It’s absolutely amazing how God’s ways are so different than ours, isn’t it? And, not only different but superior beyond measure. For salvation was secured in this alarmingly dangerous situation and God’s overcoming power was manifested all the more brilliantly because of its background. In our present political instability, this Christmas reality is a good one to remember.

A similar divine irony is in play in Matthew 2:6 where Jesus is presented as not only the ruler of Israel but her shepherd too. Now the Jews knew all too well how earthly rulers conducted themselves. After all, they had been dominated by ruthless potentates during much of their history and were now oppressed by Rome’s insanely vicious tyrant, Herod. But the rule of the Messiah was to be radically different. And with the image of the Shepherd, the Holy Spirit through Matthew was emphasizing the tenderness, the devotion, the sacrificial love that would mark the Messiah’s reign. And by this compassion, Jesus Christ would rule not over territory alone but over the human heart as well.

Later, in Jesus’ teaching ministry, He graciously offered Israel this radically different kingdom, a kingdom marked by love and holiness and peace. But Israel rejected it. The price -- a whole-hearted submission to God -- was just too high for self-righteous, self-satisfied people to pay. The sheep disdained their Shepherd, preferring even the tyranny of Rome to God’s loving deliverer.

What a cataclysmic tragedy this was. And yet, despite this, God went on to make a way for Israel (and the entire world) to yet enter the peace of His kingdom. How? The ruler would serve as the Good Shepherd, even to the willing surrender of His own life for the sheep. Right here, in the very beginning of the Christmas story, is a dramatic foreshadowing of that great present that would be offered the whole world; namely, the sacrifice of Jesus as payment for the sins of the world.
Posted by DH at 8:20 AM